Marburg artist Raphael Madl wants to give new life to disused objects. In old wooden beams, he found a material with which he could put this pursuit into practice. 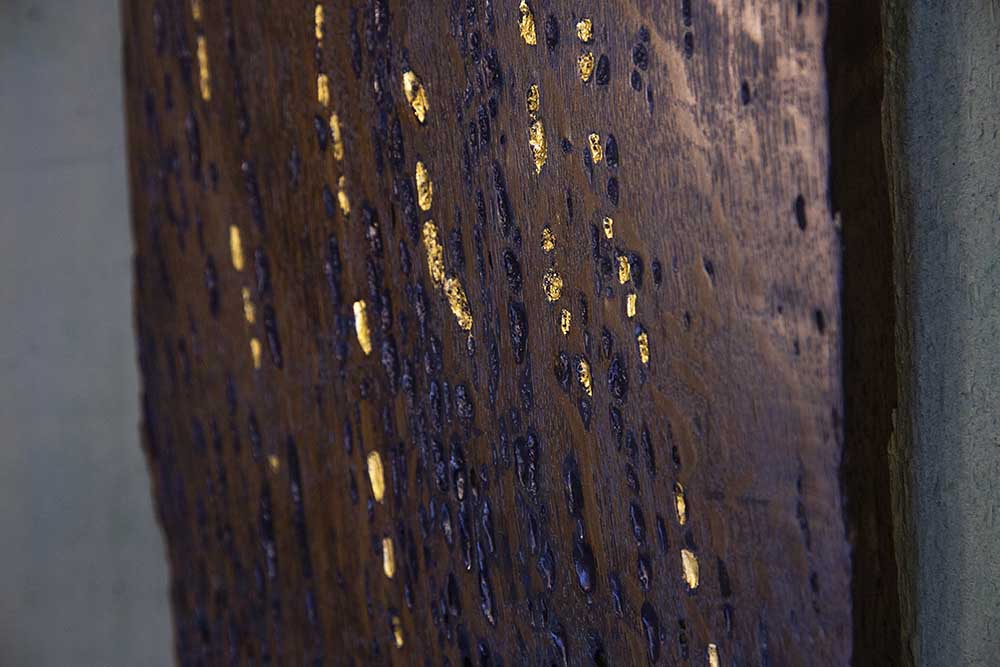 The concrete walls of the stairwell in the WALA building have a solid, almost imposing presence. Providing access to the company’s various divisions, the stairwell’s location makes it the building’s communicative and architectural nucleus. The fragments of old timber beams that form a temporary installation on these walls once had a similarly central, supporting function. But those who pause to take in Raphael Madl’s stairwell exhibition would hardly be able to tell: they are now colourful and light, archaic yet modern – almost lively, even. “I liked the wrinkled, weathered skin, penetrated over long periods of time by frost and heat,” explains the artist. “And the rune-like markings and intrusions made by carpenters, worms and fungi – they are all traces of life throughout history.” This is where Madl says he encounters the dignity of the material, which he then tries to raise to a new level of being through his artistic treatment. He does so with the help of materials from his everyday life: ash from his chimney, grounds from his coffee pot, watercolours and pastels that he once used in social therapy, beeswax from his bee colonies. The latter is mainly used as a carrier substance for pigments, which is how he achieves extremely subtle shades of colour. Gold leaf also features, sparingly. “This is my attempt to appreciate the memory of the wood,” explains Madl. He says it is about identifying what time has engrained in the material and bringing it out, making it visible, preserving the transient. 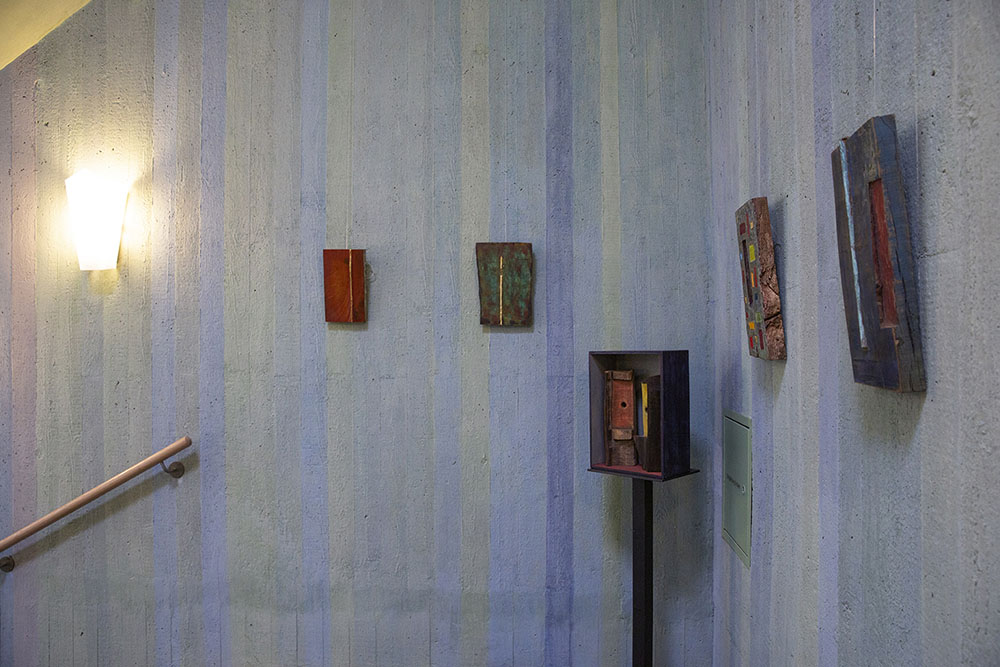 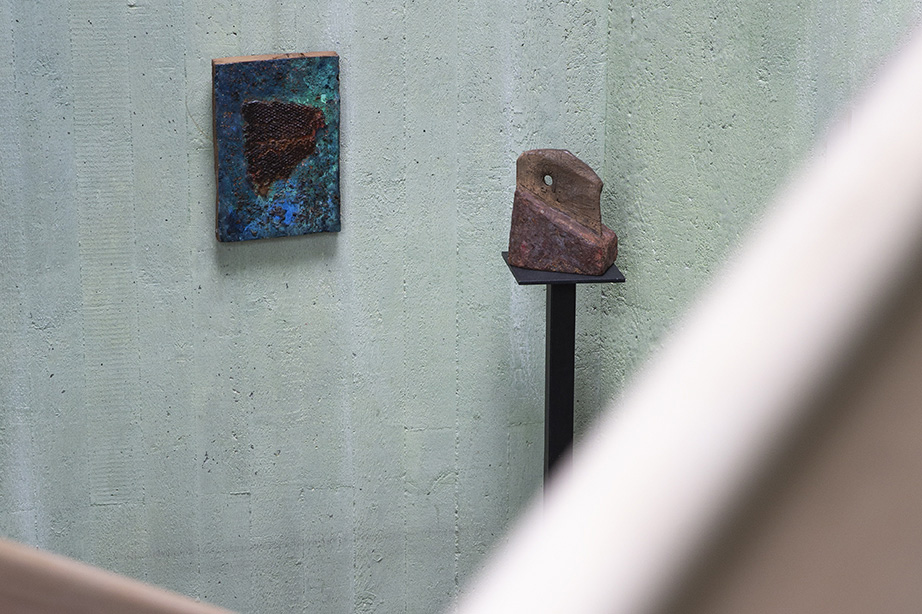 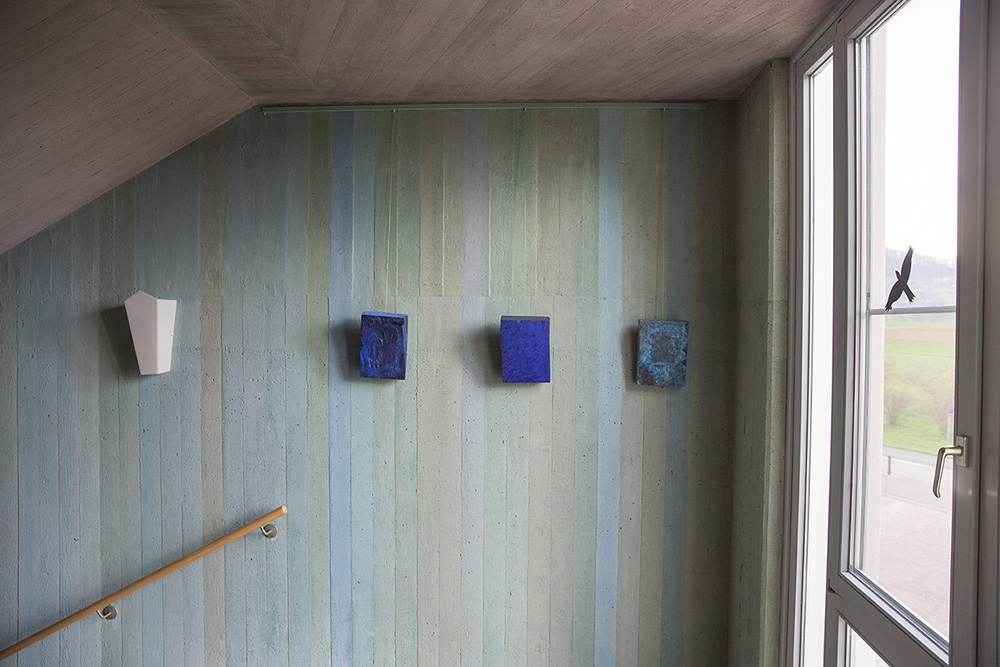 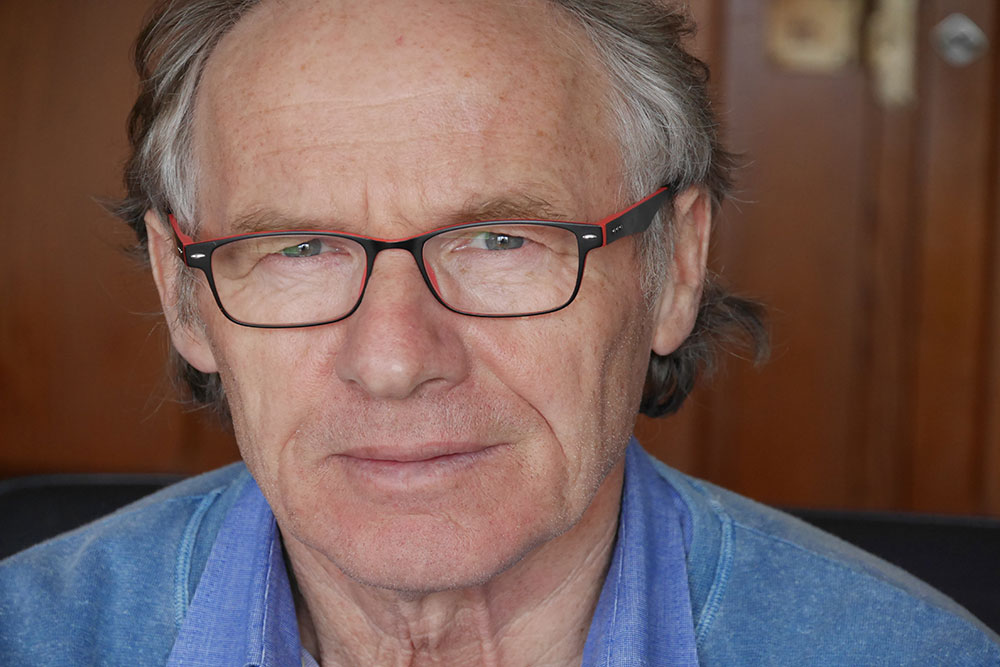 Madl tells us that he is currently on “well-being leave”, and is thus no longer stuck in the grind of working life. This allows him to devote all his energy to art, which he sees as a “life-prolonging measure” for the materials with which he works. His previous jobs as a biodynamic farmer and a social therapist in the field of gardening and landscape conservation certainly made a lasting impression. Especially when, as part of his therapeutic work, he was given the task of gutting a number of old farmhouses, renovating them and converting them into living quarters and workshops. This was his first encounter with old timbered buildings and with the question of whether these beams, which had served people for so many centuries, should now simply be turned into firewood. His response to this question was clear, and also became his personal motivation when working with the material: “It expresses an aesthetic of value, care and preservation, of lifting and transforming.” Something almost sacred and transcendent resonates when Raphael Madl says that he sees the vertical of the beams as a gesture of resurrection. And there is certainly an aspect of resurrection in his work – transporting the memory and history of these beams into the present day.