King of the Road

Today we’re turning the spotlight on a plant that usually remains firmly in the background: the medicinal plant ribwort. We explain why it really deserves royal status and reveal the exciting secrets hidden in its leaves. 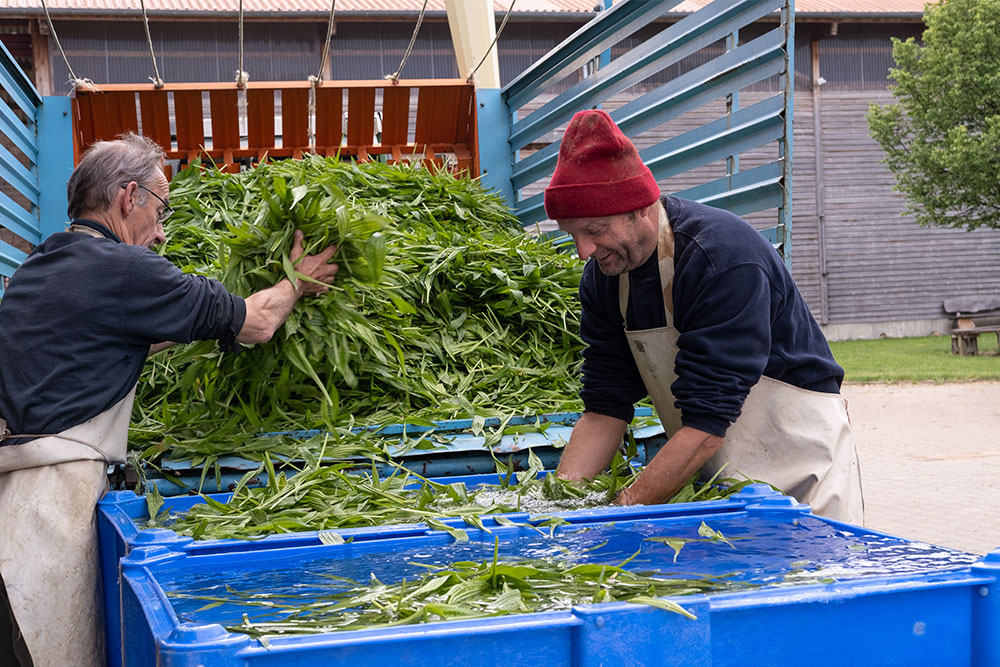 Like lettuce, the ribwort plantain is washed and tossed by hand

Ribwort plantain (Plantago lanceolata) grows basically everywhere. It likes gardens, paths, field and forest boundaries as well as meadows and low slopes, and will even grow up in cracks in roads and pavements. In short, ribwort is extremely adaptable and undemanding and the perfect example of a resilient ‘weed’. “We’re always treading on ribwort”, explains Annette Greco reflectively. The pharmacist leads the Galenic Development department at WALA. She and her team explore, amongst other things, the potential health benefits of medicinal plants. However, according to its German name origin “Spitzwegerich”, the ribwort plantain is lordly - the king of the road1. A king we don’t pay sufficient homage to. For me this already shows a contradiction, something that we will explore further later.”

Ribwort as a remedy for coughs

Even if the origins of its name might suggest claims to power, in healthcare the ribwort plantain takes on a decidedly more subservient role: It contains abundant essential oils, valuable mucilage and bitter substances as well as silicic acid. This combination of ingredients makes it a powerful remedy for coughs. Its antibiotic effect means it is also used to treat febrile respiratory illness. Indeed, its use was so widespread that the expression ‘ribwort juice’ was long a synonym for cough syrups in general. It is particularly worth mentioning that it is able to balance between two extremes or poles: whether there is too much or too little mucus - ribwort plantain can harmonise in all cough phases and lead back to the centre. It alleviates typical cough symptoms, facilitates expectoration and also calms an irritable cough in the healing phase when the mucous membranes are still irritated and hypersensitive.

Bernhard Klett knows the properties and benefits of ribwort better than almost anyone. He is a Demeter farmer (Demeter is the quality mark for biodynamically-grown produce) and managing director of the company Sonnenhof, a subsidiary of WALA. His connection to medicinal plants is naturally a practical one. He oversees cultivation of the plants on behalf of the parent company. Ribwort has become one of the main crops for the Sonnenhof business. On average WALA harvests 1.5 to 2 tonnes of fresh plants a year. In 2020 that figure grew to over 4 tonnes. “I really like the ribwort”, admits the farmer, laughing. “It’s a straightforward workmate, tends not to get sick, is undemanding and copes with a wide range of conditions. Yet it always grows vigorously and consistently even in dry years”.

Annette Greco agrees with the farmer’s observation. “Ribwort stands out for its adaptability and robustness”, she summarises. “And yet it doesn’t act ostentatious or high and mighty. No, the ribwort has hidden grandeur. It’s a king without a throne. Its strength lies in its vitality, which means it is able to balance out extremes. It leads everything to a moving centre point, back to the correct dimensions”. 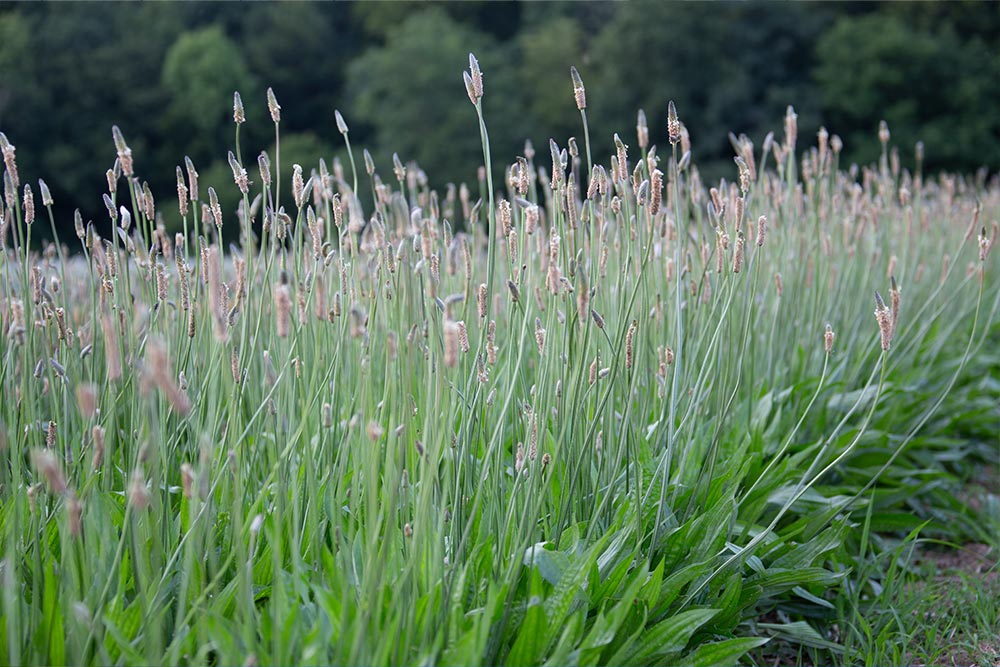 The ribwort plantain is undemanding and can cope with different conditions. It always remains vital and grows evenly even in dry years.

Washed and swished by hand

Bernhard Klett has a trick up his sleeve for cultivating this balancing expert: He brings his home-grown seed to the field at staggered intervals. This technique is known as ‘relay cropping’. In this way, the plants do not all ripen at once, but gradually. This guarantees that there are always freshly picked plants ready for processing. Incidentally, WALA uses only the leaves of the plants. On harvest day, Sonnenhof sets up three vats of fresh water. Employees wash and swish the ribwort by hand like salad leaves.

But why does WALA only use the leaves of the ribwort? “Let’s take a look at the essential qualities of the plant”, suggests Annette Greco. As soon as the first snow melts, the leaf rosettes appear. They lie flat on the ground. Pointed, lance-shaped leaves that look almost like flowers. As it warms up, they stretch upwards towards the light. In summer they can reach up to 30 cm in length. It’s an amazing achievement, one which the ribwort owes to a special tissue. It’s found on the underside of the leaves and really pushes them upwards, without changing their shape. “What we find in ribwort is that properties from the flowers have made their way to the leaves”, Annette Greco explains. Further, the essential oils are found predominantly in the leaves, rather than in the flowers as is usually the case.

Most plants reserve the above-mentioned mucilage for their roots, but the ribwort enriches its leaves with it, too. “Its strength lies in its vitality, which the ribwort uses to balance extremes. This power is beneficial for coughs and bronchitis”, Annette Greco concludes her explanations. Qualities that distinguish the humble king of the road in a unique way. Even if its external appearance is unremarkable, on the inside the ribwort reveals its treasures.

1 The word ending -rich meant ‘ruler’ or ‘prince’ in the Indo-Germanic language (ribwort plantain is known as Spitzwegerich in German). Ribwort plantain therefore means something like ‘ruler of the road’ or ‘king of the road’. The Latin name, derived from the Latin ‘planta’, meaning sole of the foot, also points to the plant’s way-finding characteristic.