A fitting motto for dialogical culture would be: “Independence with an eye on the whole”. This independence should be granted to all employees who want it. - But why would a company want its employees to act independently? 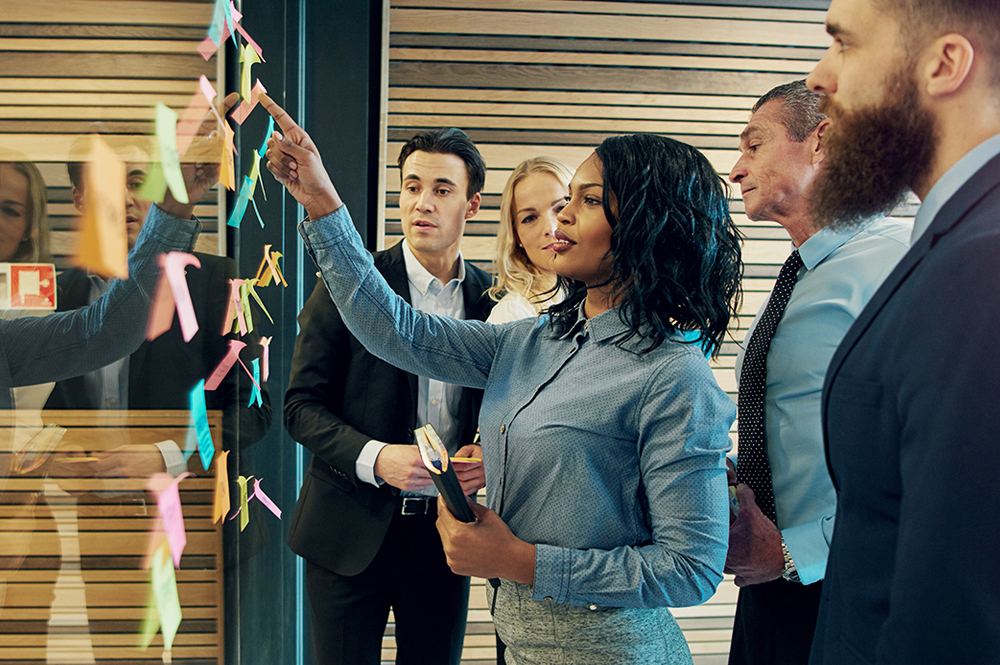 Since the mid-20th century we have been living in a so-called “age of individualisation” (Ulrich Beck, Risikogesellschaft, 1986). This means that, as individuals, we find ourselves able to rely less and less on traditions, on being socially embedded into an existing environment, and on the cultural guidelines that were once taken for granted and that provided our past ways of life with a certain security. Instead, we must increasingly set our own course and take individual responsibility for our actions.
In practical terms, this means, for example, that our wider influence becomes ever greater with regard to simple things such as buying clothing or food, and with it our responsibility for these decisions (with impacts as far-reaching as on the social conditions in Southeast Asia or the vegetation in South America).
Thus, individuals are now faced with the full complexity of the situation and find themselves in a sea of experts, quality seals, advertising and advice. Those who want to make “good” decisions must consider the entire world, see through the connections, and at the same time know what is important to them personally and whom to ask for advice in order to ultimately be able to act with individual responsibility. We no longer have the entities that would relieve us of such decisions. The same applies to the debate surrounding healthy nutrition and many other issues.

It is a situation most keenly felt in professional life.
Responsible conduct is facing increasing challenges, e.g. globalisation:
the whole for which we each assume individual responsibility does not end at the limits of our personal horizons. It includes not only the company as a whole, but also the world economy, which now plays an almost daily role in business decisions. And for some decades now, considerations for the natural environment (sustainability) and global social conditions (working conditions in the Third World) have also been intensifying.
Between all of this, new interdependencies are constantly emerging, so that responsibility in a company and for a company not only requires an almost limitless expansion of the field of vision, but also the ability and willingness to cope with the ever-increasing complexity of the situation.

Today, every person has to find his or her own orientation for action. That is what is meant here by “independence”, which is not to be confused with someone performing a task without outside help.

What can be done so that individuals can also gain their orientation for life and action from the future and no longer from a pseudo-binding connection to the past?
The focus needs to be on increasing our capacity for self-orientation and, ultimately, self-management. This requires individual effort as well as suitable forms of cooperation – cooperation that also leaves space for the human dignity of the individual instead of counteracting it through authoritative or manipulative methods of control.

Ensuring the future viability of companies and organisations is another challenge. In recent times, even large companies that seem to have done everything right in the past have been experiencing increasing difficulties (and even total collapse) due to the fact they are no longer able to cope with the changing requirements. How can a company reach the level of “innovation fitness” required to ensure future success?

Dialogical corporate culture strives to consider the dignity of the individual as well as to the complexity of the circumstances, all the while maintaining an active openness to the future. In contrast to discussion, “dialogue” is based on the assumption that relevant questions and their answers are worked out jointly. It also requires transparent processes and promises that the view of the individual – however strange it may seem – is taken seriously.
Decisions made within this framework integrate the abilities and responsibilities of each individual in the search for the best possible solution.

Born in 1979 in Heidelberg; in 2007 founded Klosterhof Neuburg GmbH & Co KG and remained a partner until 2011; in 2009 founded the company gruenekultur for trees and roadside safety (FLL certificate), tree care and landscaping; in 2013 completed Bachelor studies with a thesis entitled “Vertrauen unternehmen” (concerning risk, chance and relevance of a culture of trust within a company); since 2015, staff member at the Hardenberg Institute within the framework of dialogical culture.