When a WALA delegation is carrying wood through the forest, early in the morning, this can only mean one thing: it is time for birch charcoal again! Find out how this medicinal raw material is produced and why an iron kiln is so practical for this purpose. 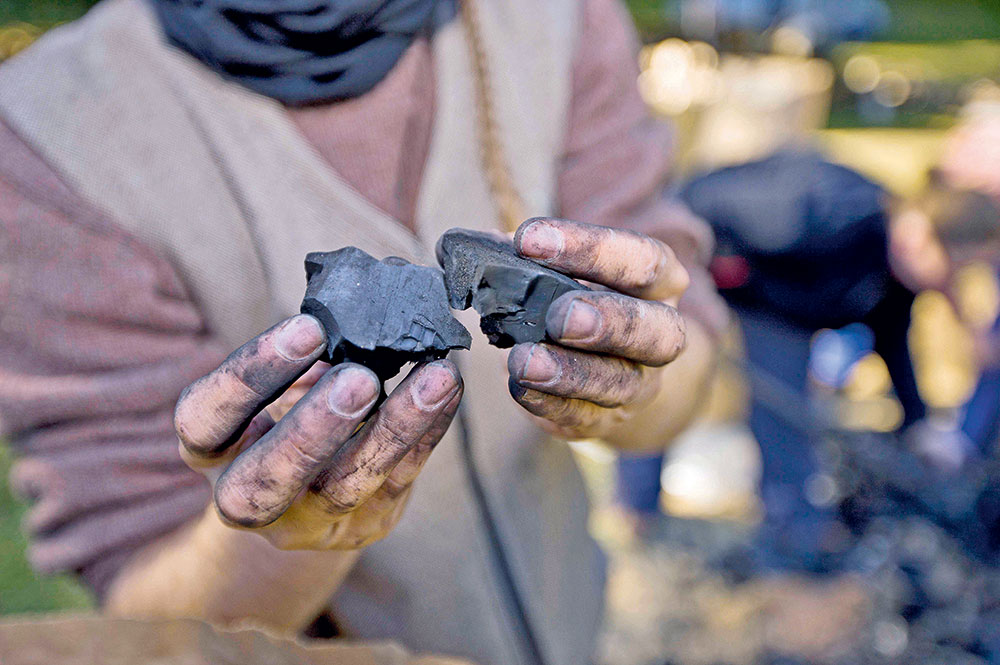 It is a sunny autumn morning at the end of September. The sun shines on the clearing in the Zanger forest on the east of the Swabian Alb. We have been lucky with the weather, since rain would be rather unhelpful today. There are two iron rings lying in the grass at our feet, each around two metres in diameter, and a conical lid with four small chimneys. Once every two to three years, WALA works with charburner Konrad Lambert to put medicinal birch charcoal in an iron kiln. The raw material (Carbo vegetabilis) is used in various medicines.

“An iron kiln is easier to control than a traditional kiln, which has to be covered with earth, grass and moss”, Konrad Lambert explains. First we clean the individual parts of our kiln with a shovel and spade, in order to remove all remnants of previous production processes.

“You don’t have to be so fussy with normal charcoal”, Martin Rozumek from Basic Research explains, winking. “But this is medicinal charcoal!” We also remove all pieces of charcoal from the forest floor before Konrad Lambert positions the iron ring using his tractor. It sits on iron feet to ensure that the wood can later be ignited from underneath. And now it begins: piece by piece, we place the birch logs we brought with us in layers in the first kiln ring – this totals about four cubic metres. Some of the wood comes from a birch tree from the WALA medicinal herb garden, other wood comes from the forestry in Bad Boll. Peter Schmich from Naturamus GmbH, the company that procures raw and source materials for WALA, already split all the material by hand and placed it in proper storage a year ago. 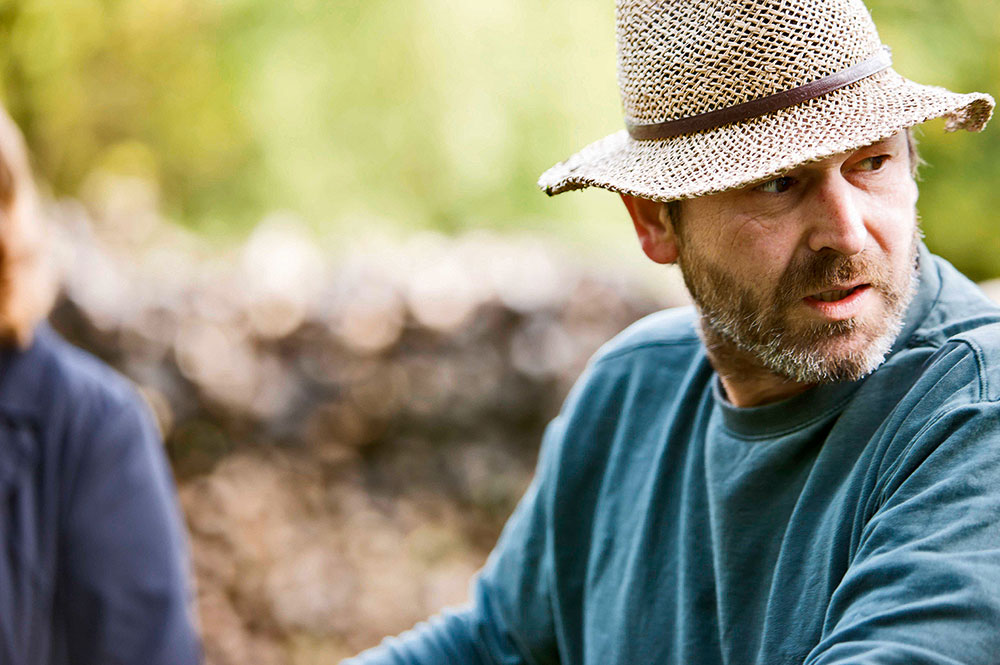 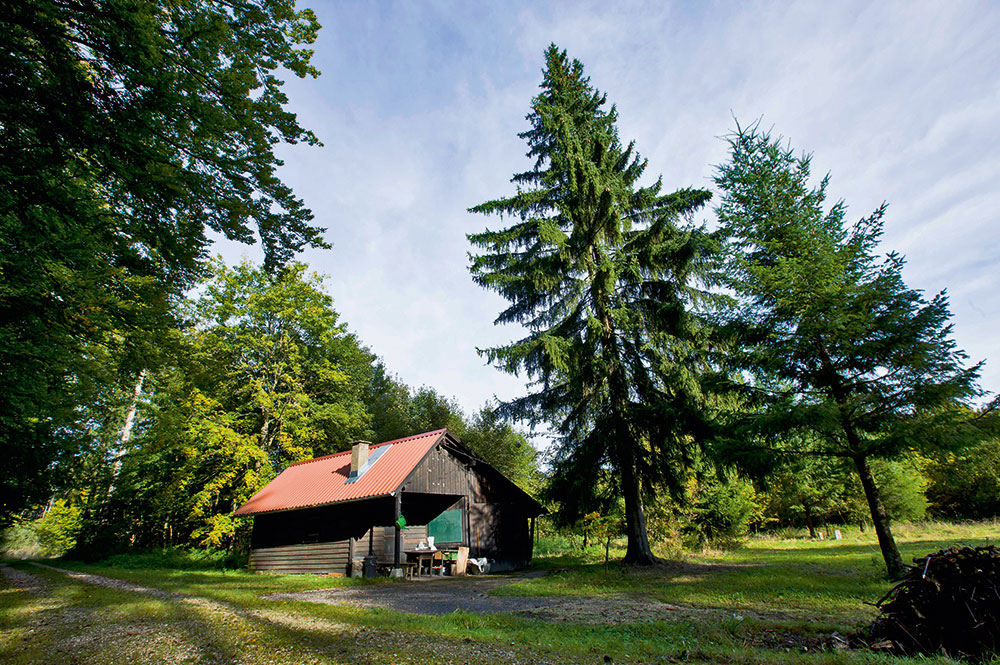 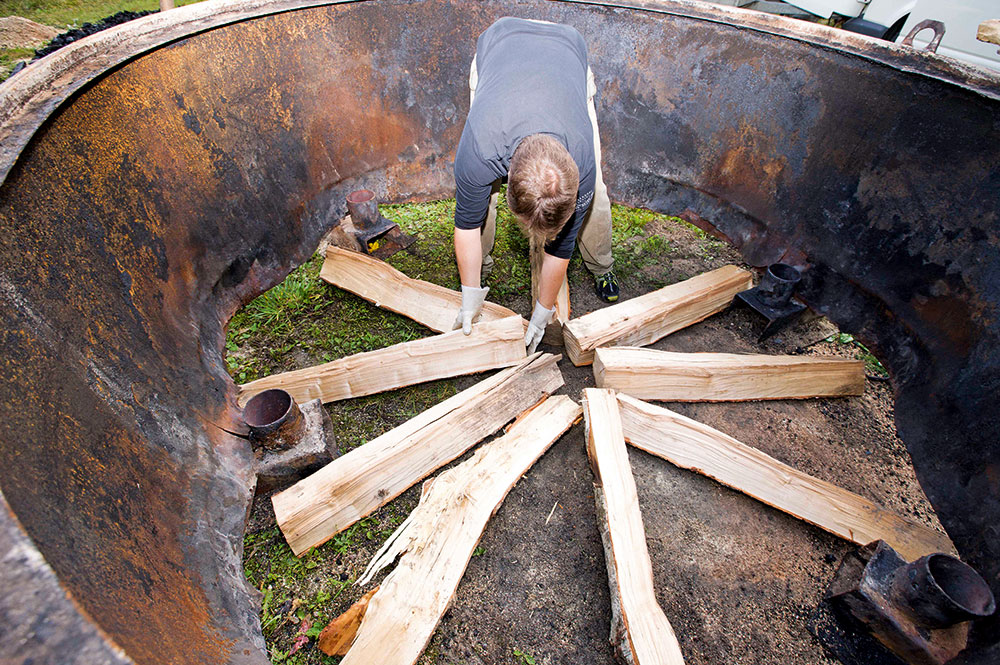 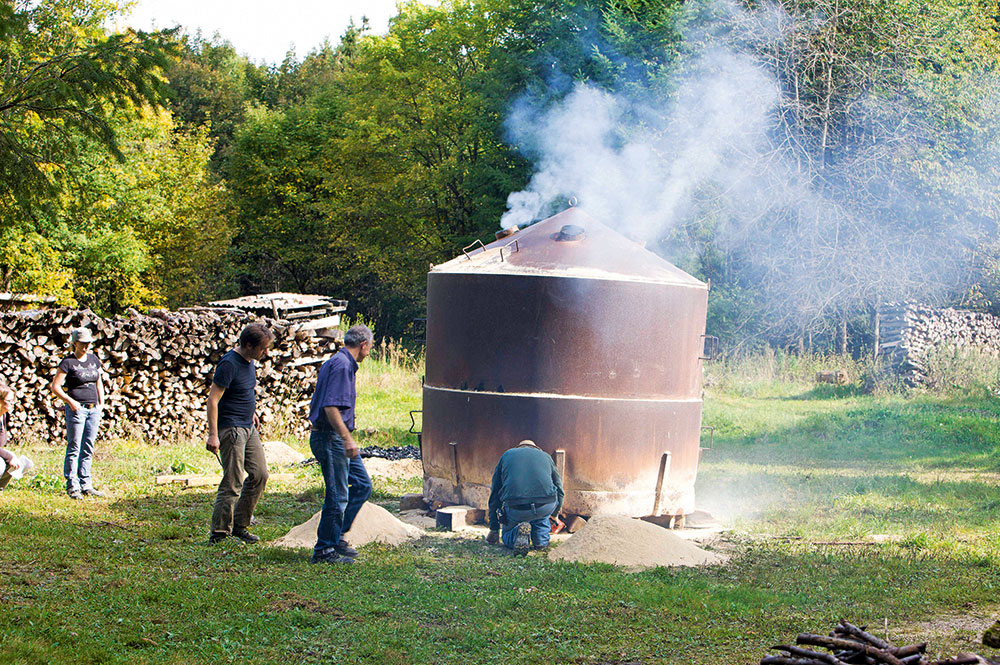 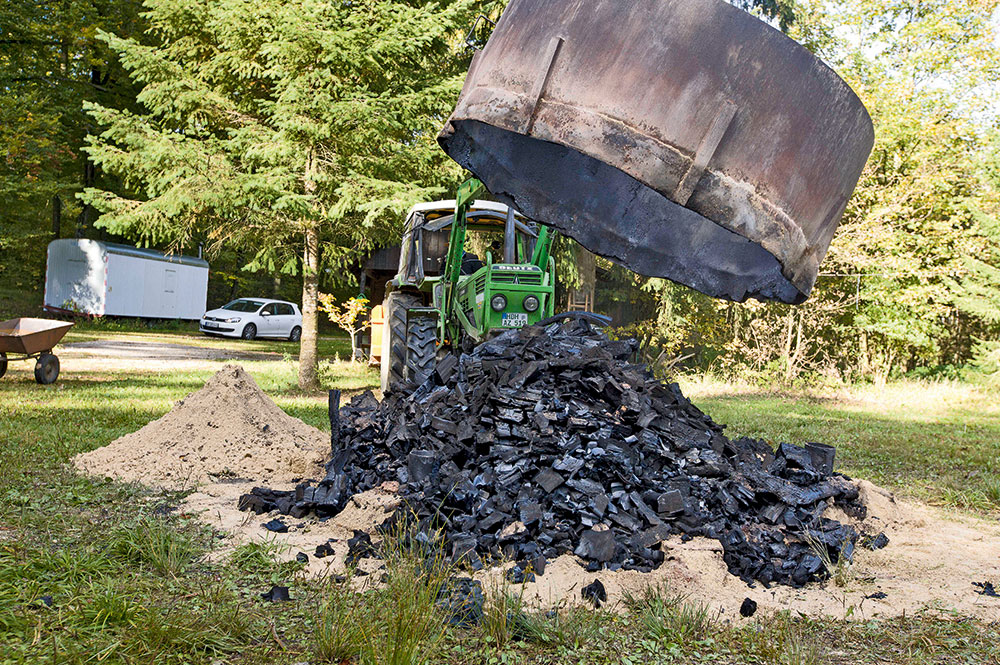 The iron kiln will heat up to 500 degrees

The lowest layer of birch logs must be placed in a star shape, like a campfire. We then arrange the remaining logs in parallel. Now Konrad Lambert puts the second ring in position, which makes the kiln look like a layer cake. All the while, Konrad is on the phone to the local fire service and the city administration. He had sent them advance written notification that we would be producing charcoal and now informs the officials that we will soon set the timber alight. Then we put the lid on the kiln. But before it can begin, there is still something to do: “If too much oxygen gets in, then the wood burns and turns to ash”, Konrad Lambert explains. We therefore seal every tiny little crack and crevice with sand, which will be baked into a solid mass when the kiln is heated at up to 500 degrees. At about 11.30 it is time: we set things alight. Konrad Lambert checks the wind direction, so that the fire also pulls inward as it should. After about a minute smoke comes up out of the chimneys, and it becomes clear why the authorities had to be informed. The wood crackles and smells. A little later, when everything is burning stably, we completely seal the base of the kiln with sand and then close the hatches in the lid. Our work for today is done.

It takes about two days to turn the birch into charcoal. However it is only possible to ‘harvest’ the charcoal a week later, once the kiln has cooled down. “We collected 190 kilos of birch charcoal in total”, smiles Beatrix Waldburger from Basic Research. Incidentally, the raw material is used in WALA Medicines. In contrast to dusty ashes, pieces of charcoal retain their shape. This is why birch coal is always used when the body is lacking firmness – like in the case of excessive sebum production in the skin or diarrhoea.