Dr. Dietrich Brockhagen is founder and managing director of ‘atmosfair’. The non-profit organisation mainly offsets greenhouse gases generated by air travel and essential activities at business premises. The physicist and environmental economist reveals why carbon offset schemes are better than doing nothing – but that it’s only a small contribution. 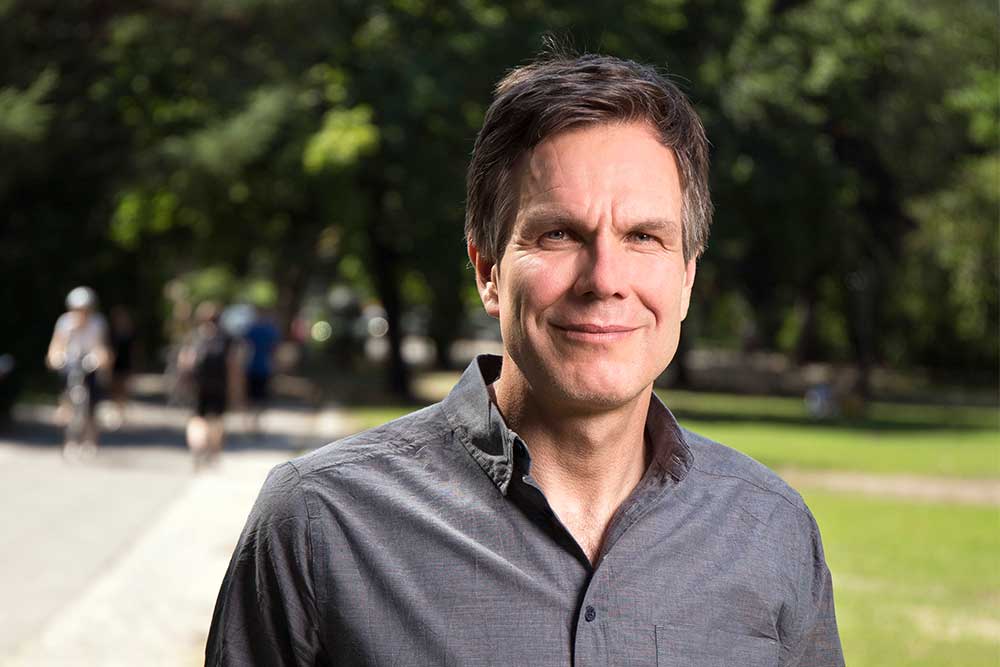 Dr. Brockhagen, you founded atmosfair in 2005. What motivated you back then?

My background is actually in climate policy – I worked for the Environment Ministry and also participated in climate negotiations. My work there showed me that some important measures, such as an aviation fuel tax, could not be politically enforced. That frustrated me deeply.

Was that because climate change, greenhouse gases and carbon offset schemes were not, at that time, in the public eye like they are today?

Above all it’s a question of communication. Bild newspaper ran the headline ‘Trittin pushes for Majorca tax’ because he was floating the idea of an aviation tax. That’s when I realised that we needed positive communication. We say to people: “Hey, you can do something about climate action”. Rather than: “The powers that be want to take your money”.

So with atmosfair you’ve turned the tables and you’re relying on voluntary action?

I wanted to make a difference in a way that politics is perhaps not able to do. The big advantage of a voluntary tool is that it breaks down hardened positions. Because the approach is the same: I support climate action financially. But we frame it positively, because it can make a change for the better.

Success proves you right: Today atmosfair is a recognised not-for-profit climate protection organisation with a focus on travel.

Travel is an important topic in the climate action arena. Nowadays many businesses have a climate protection policy and attempt to comply with the stipulations set out in the Paris Agreement on climate. An offset scheme can play a role there. We use the money that comes in to implement targeted global climate protection projects.

If you gave it a school report, carbon offset would be graded ‘satisfactory’. It’s better than nothing but of course it’s still clearly far too little. The only thing that will really help us reach our goal is the reduction of greenhouse gases at source. That’s essential and the carbon offset scheme is really just a sticking plaster.

On the other hand: If many companies focussed mainly on offsetting, atmosfair could look forward to a larger inflow of cash...

Our aim isn’t to maximise our income, nor is it to maximise the amount of carbon that’s offset. We want to maximise climate action. That’s stated in our charter. We’re an NGO, a not-for-profit organisation. Our allegiance is only to our charter; that’s why we refuse many requests. For example, if we notice that a company wants to buy its way out and doesn’t want to take any or sufficient measures to reduce its CO2 emissions.

And how do you decide who you will work with?

The criteria according to which we select our partners are always the same. There’s a list of questions that we go through with each company: Is there already a realistic and feasible climate-friendly alternative for the action you’re trying to offset? And is the future partner implementing that alternative already, or working on it? We’d only consider collaborating if they can answer these questions with a yes. It eventually becomes clear what can be offset. In many cases it involves heavy industry and the logistics sector. And of course business travel. We start from the viewpoint, and it’s especially the case during the pandemic, that no-one should get on an plane unless they really need to.

Other than offsetting necessary business trips with atmosfair: What can a company do to operate in a more climate-friendly way?

The key thing is to lower emissions at your own sites. Every company can do that, and it’s the best climate action they can take. And to consistently use biogas instead of conventional natural gas and change to green electricity tariffs.

Meanwhile we also read that companies are working on becoming climate positive. What does that really mean?

The idea is that through its operation a company removes more greenhouse gases than it emits. That’s possible, for example, when operating a gas thermal power station: The carbon is separated from the methane and the power station is operated using only the remaining hydrogen. The power station operates as normal without any perceivable difference, but the company has removed almost a sack of carbon from the atmosphere. On the other hand, it must be securely compressed, which not every location has the capability to carry out.

Dare you make a prediction? Will climate positivity become easier to realise in the next few years?

Gradually these ideas are making it onto the agenda of management consultants and NGOs. That’s why I believe that in the next few years we’ll see a few companies start to do it. Whether or not this technology is implementable everywhere, I can’t say for sure. But these are positive developments which we can build on.

Thank you very much for your time.

We have always needed nature for our products. And nature needs us now more than ever. We are therefore avoiding all direct CO2 emissions. And we are offsetting any thoroughly unavoidable emissions via atmosfair: our offsetting payments support a biomass plant in India.