Apartheid is basically in the past. Nevertheless, South Africa still faces the challenge of integrating the black population into national economic life. We discussed this topic with German Ulrich Feiter, founder and CEO of the South African pharmaceuticals company Parceval Ltd. Parceval Ltd. 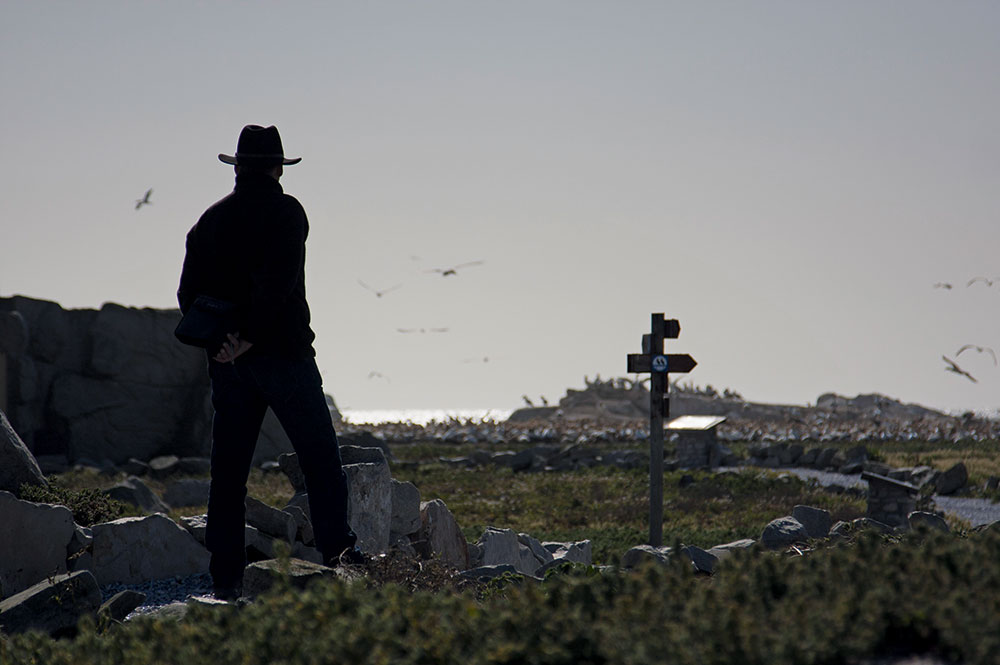 Ulrich Feiter is a man of vision. He is committed to his ideas for his adopted home of South Africa. The picture shows him at the Lambert's Bay.
Photo: Catrin Cohnen

The town of Wellington in the Western Cape province is home to over 50,000 people. It is also where the pharmaceutical company Parceval Ltd., an international contract manufacturer of herbal products, is based. The streets of Wellington are filled with people whose faces trigger the same fascination over and over again. They cannot be unambiguously attributed to a particular country. The melting pot of nations includes Africans from various regions, Indians, Asians and Europeans, all united in what is known as the rainbow nation.

What may be fused in individuals, however, remains largely separated in everyday life to this day. The blacks and other non-whites mostly live in poverty, with many generations under one roof. Those who earn money give this to their extended family, because state help for the sick, unemployed and pensioners is not enough. Advancement is only possible with considerable effort. Poor education, crime and AIDS are part of everyday life. Those who can afford it – that being the whites, who are rarely seen on the streets of Wellington – buy their way into white settlements, which seek to protect themselves from crime with fences and sentries. Those who previously excluded others now lock themselves away.

The Broad Based Black Economic Empowerment (BBBEE) programme is intended to change the current situation in which the 9.2 per cent white population own the majority of the country’s land and businesses. The South African government approved the programme in 2003 – as a response to the decades of Apartheid, in which the blacks and non-white population were excluded from the economic growth.

The situation only changed in 1994, when the non-white population were first permitted to take part in government elections. They voted for Nelson Mandela, the country’s first black president. Even after his death he continues to be considered a symbol of the fight against Apartheid. The BBBEE programme, controlled by legislation and the supervisory authorities, encourages companies to allow non-white employees to invest in their assets, to treat them equally and to improve their social conditions. Private agencies assess how many of the measures required by the BBBEE programme have been carried out by “white” companies, and keep note. Only companies that receive good grades have any chance of winning bids for contracts with state institutions. In the case of public limited companies, this assessment has a direct influence on the stock market value.

“Good BBBEE grades are not a big advantage to small businesses, because the measures required are often not even feasible”, the trained gardener Ulrich Feiter, managing director of Parceval Ltd. comments. His company, founded in 1992 and with 40 full-time employees, is one such small company. Even so, it acquired the highest grade in mid-2013. However, it was not the desire for top grades that led Ulrich Feiter to sell shares in his company to his employees on 1 July 2011. “I was much more concerned with building bridges, carrying on ideas and helping Africa”, the businessman explains when asked about his ambitions in his adopted homeland of South Africa and his visions. This is why he wanted to start a trust that would exist for many years and encourage Parceval employees to take responsibility for their lives and futures. Feiter took the ideas of the WALA Foundation with him from his two-year stint as an intern at WALA. WALA Heilmittel GmbH belongs to the trust and also passes on profits to the employees. 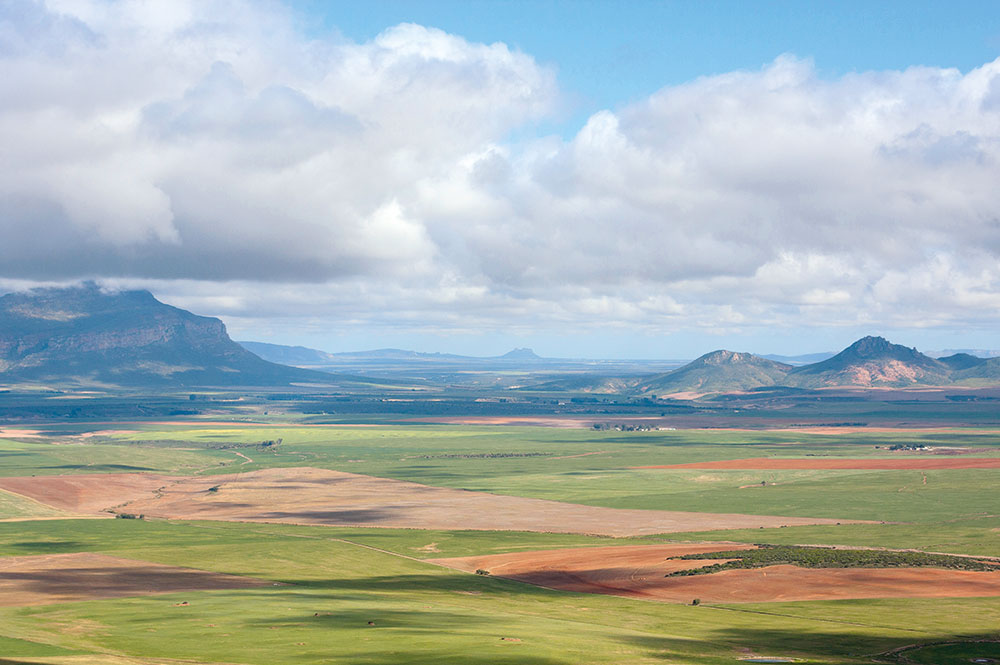 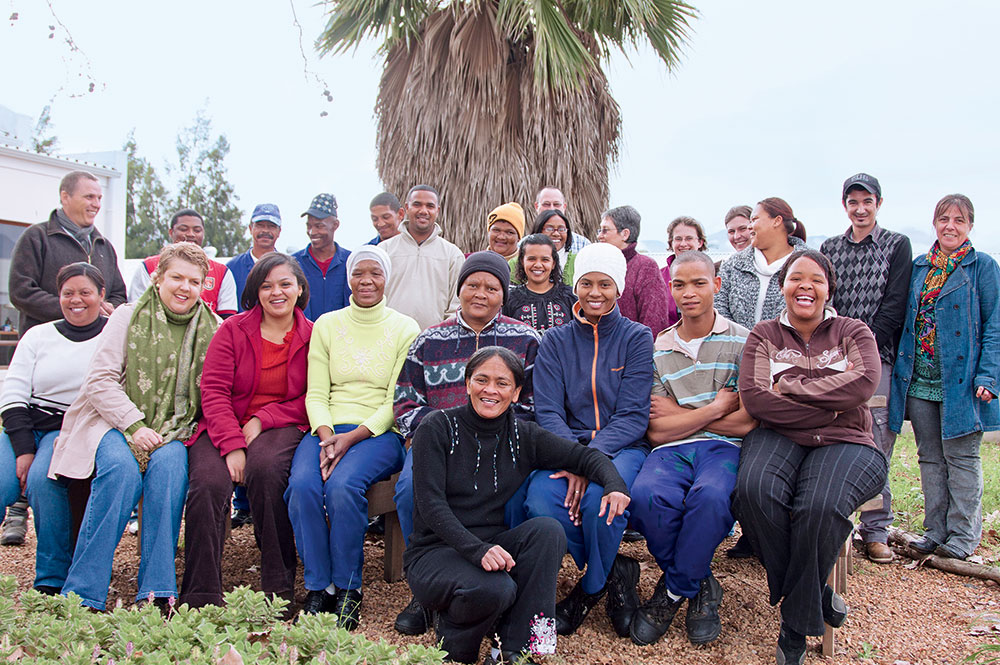 In founding his employee trust, Ulrich Feiter learned in advance from the errors made by those who did indeed restructure themselves in accordance with the BBBEE programme and received the best grades for this, but did not ensure the worker’s stable ability to work. “Many have granted shares in their company, for example vineyards, to their black employees”, Ulrich Feiter explains. “However, the recipients often do not know how to deal with what they have been given, and are left to manage themselves. They cannot agree among themselves and let the vines deteriorate.” Ulrich Feiter wanted to avoid this phenomenon and decided not to gift but sell 25.1 per cent of his company to the Parceval People Trust (PPT) - which is the name the employees chose for the trust. He also installed a trust committee. This consists of him and two female employees; the staff elected three additional members from their own ranks. All six work together to manage the trust’s potential earnings. All employees are encouraged to regularly attend training and informational events on Parceval Ltd.’s business activities. “My concern is that the employees learn to take responsibility, think like entrepreneurs and be proactive”, says Ulrich Feiter.

This is also important to Kelvin Antonie, who works at Waterkloof Farm, where Parceval Ltd. grows its medicinal plants. The young man is proud to be involved in the fortunes of the company by virtue of his membership of the trust committee. At first, he found it unusual to meet the other five members of the committee every three months for an hour-long meeting. But he quickly recognised the advantages. He has been taking care to work even more effectively since the trust was started. “The time you lose over the course of the day is less money in your pocket”, says Kelvin Antonie, who mediates between the trust committee and the staff. “I think it is important that we take note of and implement employee suggestions on how to improve processes.” However, the employees still need to learn more about the trust so that they can understand the relationships, he says, before turning back to the field of ice plants, which Parceval is cultivating for WALA Heilmittel GmbH. To Kelvin Antonie, the trust is a challenge which he gladly accepts. After all, if everything goes to plan, then the profits will benefit him and his family in old age and help to ensure his quality of life.

This article was first published in viaWALA March 2014.