The Los Pedroches cooperative in southern Spain is supplying olive oil from biodynamic cultivation for the first time. This marks the beginning of a new era for WALA Heilmittel GmbH, which will now exclusively be using Demeter-certified olive oil to produce its products. 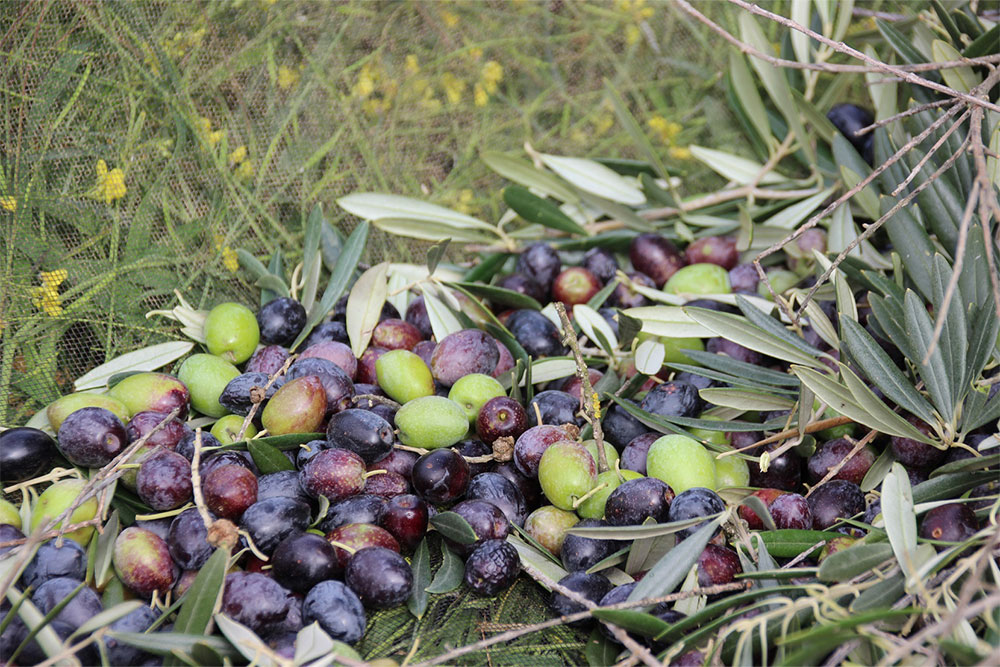 At first, the olives are still green. The longer they hang on the tree, the darker they become. The percentage of oil also increases.
Photo: naturamus GmbH

The scorching sun beats down from a cloudless sky, making the air shimmer. Up here, in the mountains of Los Pedroches, time has stood still. Or so it seems. Gazing into the distance, there are olive trees as far as the eye can see. Many of them have been standing for several hundred years and have defied wind, rain and sun. Los Pedroches, a region in Andalusia, is the paragon of olive growing. Many families have been growing olives for generations. They can’t make a living from it, but it is an important sideline for them. And an arduous one, too. ‘Due to the hillside location and the sometimes extreme gradients, using machinery is very difficult, if not impossible,’ says Juan Antonio Caballero, head of the Los Pedroches cooperative.

The Los Pedroches farmers have been harvesting olives for WALA for over 15 years. The people here in southern Spain, not far from Cordoba, are aware of tradition – and yet open to new things. Just like at the beginning of the farming partnership, when the farmers switched from conventional to controlled organic farming. Or more recently, when some of them went one step further, towards biodynamic farming – a new challenge. And a milestone for the partnership. Because in the future, WALA Heilmittel GmbH will exclusively be using Demeter-certified ‘extra virgin’ olive oil to produce WALA remedies and Dr. Hauschka cosmetics.

WALA has been supporting farmers right from the start

Juan Antonio Caballero is the local driving force. Working with WALA, he initiated the transition. It wasn’t always easy, as he goes on to explain: ‘Some farmers in our cooperative were initially a bit sceptical about the project. It’s a big step, especially for smaller businesses.’ But he was able to convince some to take this step with the support of WALA, which paid a higher price for the olive oil last year even though the farmers were still in the transition phase from ‘certified organic’ to ‘biodynamic’. As well as financial support, the company also offered the Los Pedroches cooperative professional expertise. A WALA consultant for biodynamic farming supported the participating farms on location during the transition. 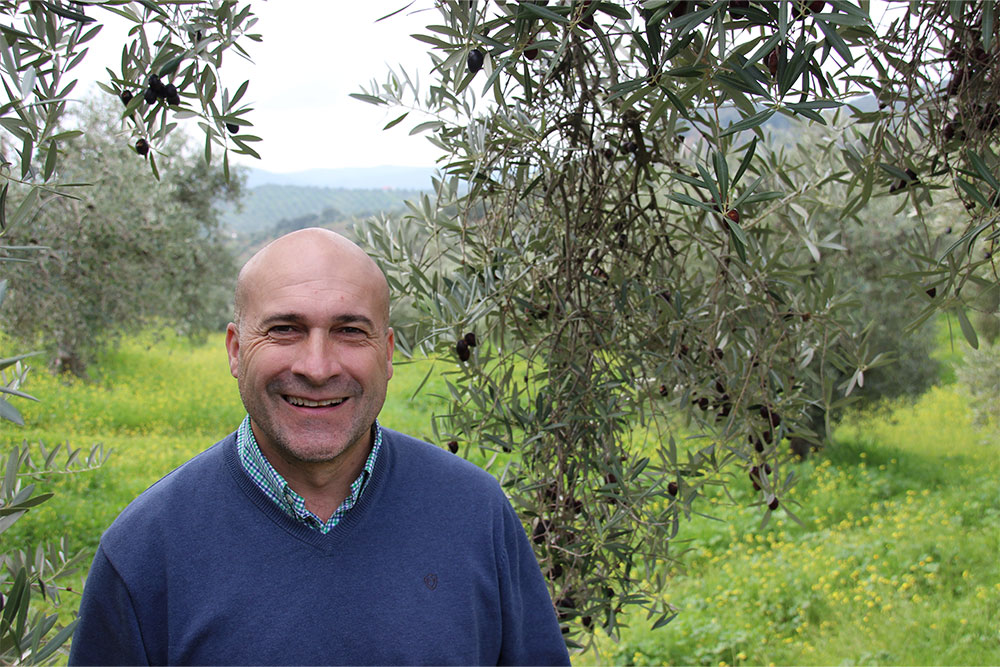 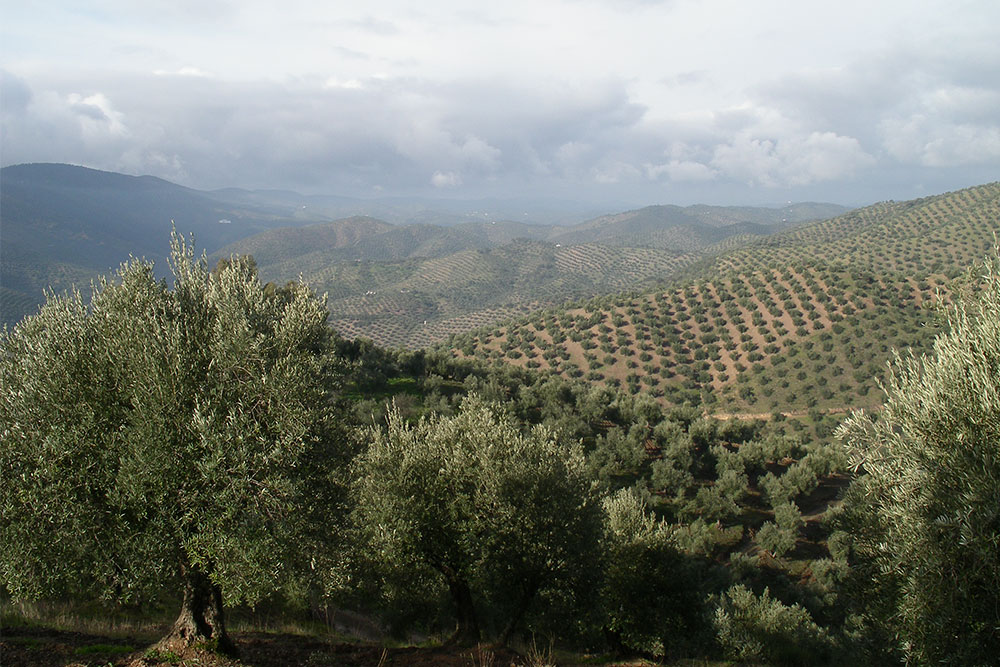 A light wind blows across the olive grove. But it brings little relief in the hot air, which can reach up to 45 degrees. During the summer months, the trees cease all activity. ‘The olives only ripen when the rain starts in autumn,’ explains Juan Antonio Caballero. The harvest then begins in November. The farmers place food-grade nets under the trees and shake the branches with a manual shaking machine. At first, the fruit is still green. It is difficult to separate from the tree at this stage. Towards the end of November, the olives finally turn black. Harvesting takes several months, until around February. The longer the olives hang on the tree, the less heavy they are – at the same time, the percentage of oil that they yield increases. And they are easier to harvest. ‘On average, a tree yields around 12 to 25 kilograms of olives, depending on its size; only about a quarter of the amount produced by intensive olive farming,’ says Caballero.

In two senses, this is the price for Demeter quality as opposed to intensive cultivation. The members of the cooperative carry out extensive olive cultivation without artificial irrigation. As a result, and due to the location, the biodiversity in the olive groves is very high – the vegetation between the rows of trees protects the soil from erosion. After the olive harvest, sheep and other animals usually graze on the cultivated areas and ensure a natural dual usage system. The fertilisation of the trees is also geared towards sustainability: the compost consists of the olive pomace, straw, manure and soil obtained during oil extraction. The farmers spread around 10 to 20 kilos of compost per tree. On average, there are around 120 trees per hectare of land.

The Los Pedroches cooperative has 700 active members with more than 8,000 hectares of land – on average, the individual farms are 10 to 15 hectares in size. Currently, 11 farmers cultivate olive groves across 220 hectares in line with biodynamic criteria. ‘We are delighted that WALA is now able to exclusively use biodynamically produced olive oil from Spain in its products,’ reiterates Ralf Kunert, CEO of Naturamus GmbH, who is responsible for sourcing raw materials for WALA. Extra virgin olive oil – oil from the first press – is used to create WALA remedies and Dr. Hauschka cosmetics. Thanks to the gentle process of cold pressing, it retains its character as a pure natural product. With its high-quality fatty acid composition, it cares for and smooths the skin. Extra virgin olive oil also contains oleocanthal. This substance has an anti-inflammatory effect.

In the meantime, the sun has set below the horizon, briefly bathing the Les Pedroches olive groves in a magical light. The olives have absorbed and stored its heat. Just like yesterday, and tomorrow, and every day after that in the hot climate of Andalusia. Until they pass on their valuable ingredients in the oil used in WALA remedies and Dr. Hauschka cosmetics.