Chickens scratching in the yard, horned cows grazing in open fields and happy pigs wallowing in mud. Fields full of organic vegetables and grain, all promising a rich harvest. Is this all mere wishful thinking on the part of eco-freaks? Or maybe the only way to break the global vicious circle of hunger on the one extreme and overproduction of food on the other? 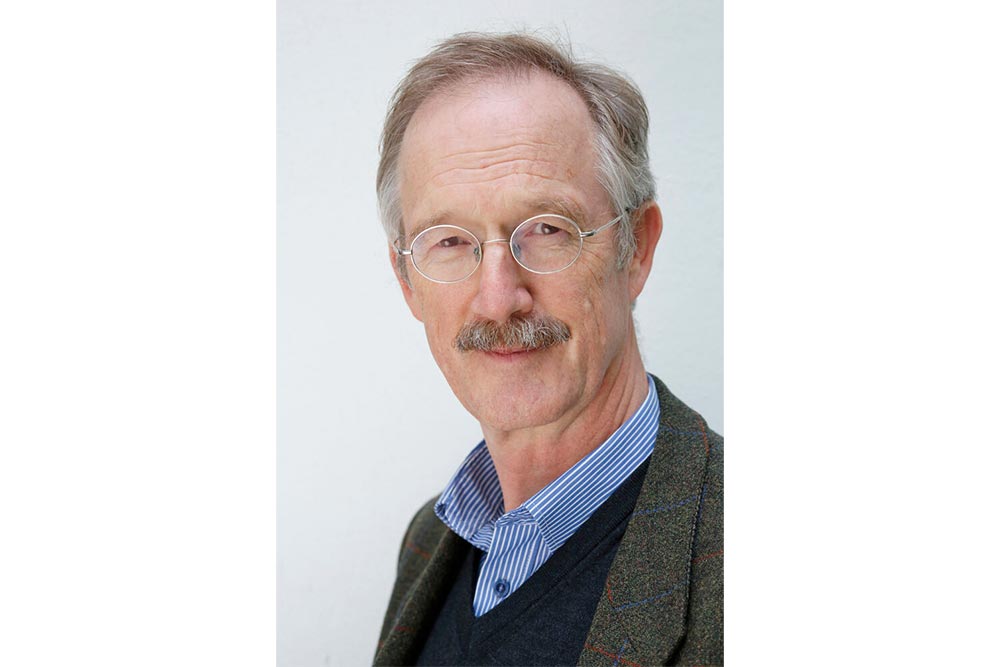 Dr. Felix Prinz zu Löwenstein, Chairman of the German Organic Food Production Alliance (BÖLW), makes the case for a rethink in agriculture – and among consumers. In 2020, he was invited by WALA to speak as part of the Agricultural Colloquium lecture series in Eckwälden.
Photo: BÖLW

Dr. Felix Prinz zu Löwenstein is an ecological farming specialist. As Chairman of the German Organic Food Production Alliance (BÖLW), he makes regular appearances as a staunch advocate of organic agriculture. However, anyone who dismisses him as an eco-freak has not even come close to understanding his mission. His pointed core message is this: “We will have to find an ecological and sustainable way to produce food – or won’t be able to eat at all!” Which is why he is calling for a rethink – both in agriculture and in our everyday eating habits. Not in some far-flung land but right here in the rich industrialised West. After all, hunger is not essentially the problem of poor people in Africa or Asia. We are all responsible.

A question of distribution

Faster, higher, further: can a principle that holds sway in the world of sport – and all too often in industry as well – be applied to food production in the same way? Will we be able to eradicate world hunger by simply growing more food? “Unfortunately not”, says Prinz zu Löwenstein firmly. After all, the amount of food produced worldwide has been growing for years. In purely mathematical terms, the food produced in 2013 would have been enough to feed between 12 and 14 billion people, even though there are not even eight billion of us on the planet. However, things look quite different in reality. Almost 850 million people are hungry. Nearly one billion more are undernourished. And all because we are not able to distribute the available food fairly. Surplus food from rich countries does not go to hungry people elsewhere but ends up being thrown away instead. Apart from this, most of the world’s harvest goes towards feeding livestock in order to satisfy the excessive meat consumption of industrial nations. Every year, each person in Germany consumes an estimated 60 kilograms of meat. In poor countries, civil wars, corrupt governments and unfair distribution of land put a further strain on an already poor supply situation.

The key word here is land distribution. Not only is more and more space being required to meet the growing need for animal feed, resulting in the systematic destruction of the South American rainforest – but a new and rapacious rival to food production has been growing for years: the ever-increasing global demand for energy. More and more space is being swallowed up by the growing need for renewable raw materials to produce energy. As the BÖLW Chairman explains: “This means that sustainable energy production is in direct competition with food production”. Which in turn attracts the attention of opportunists – land is becoming more scarce and farmland is seen as a lucrative resource. Private investors – but also entire states – recognise the value of fertile soil and are buying up large areas of farmland in cash-strapped African countries. Where small farmers are not protected by official contracts, their land is simply taken away from them – a practice known as “landgrabbing”. As Prinz zu Löwenstein stresses: “The fact that in Ethiopia, of all places, millions of hectares of farmland have been sold or leased to investors from industrial nations should give you some idea of the devastating influence that Western lifestyle has on the world’s food supply.” 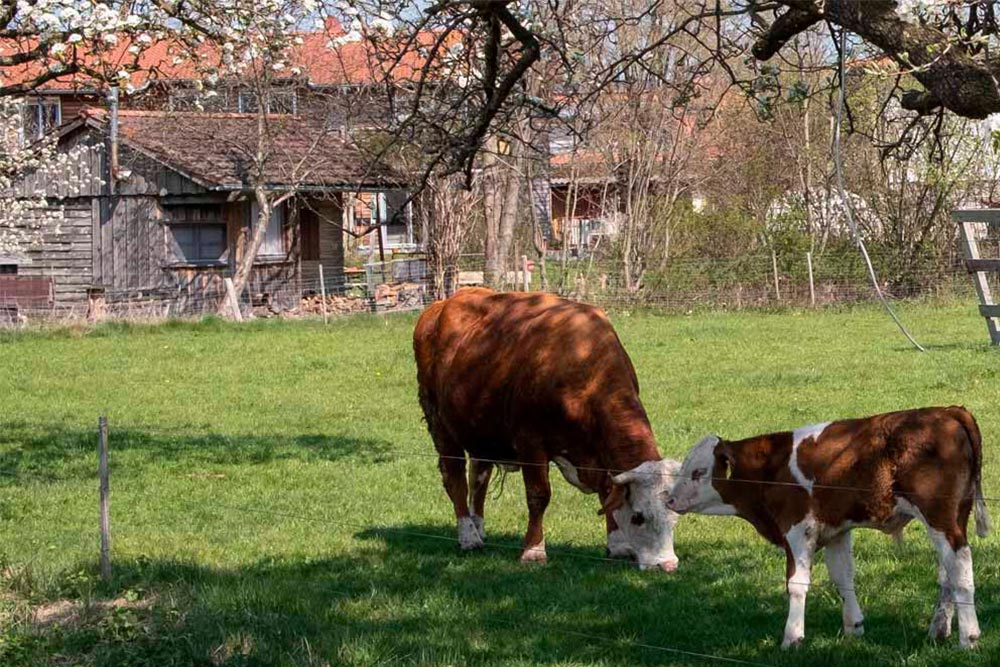 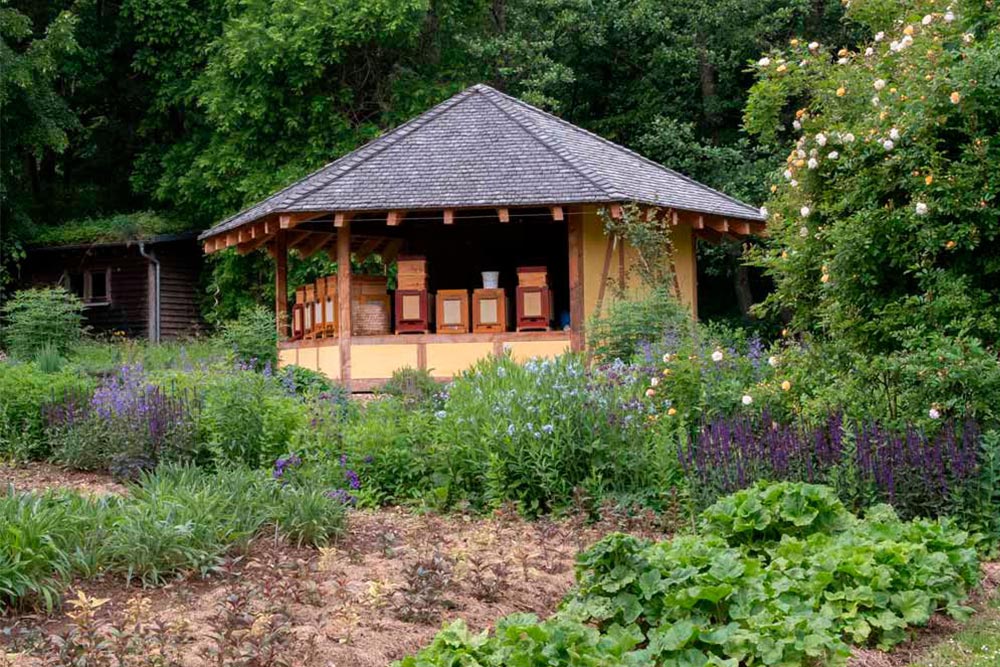 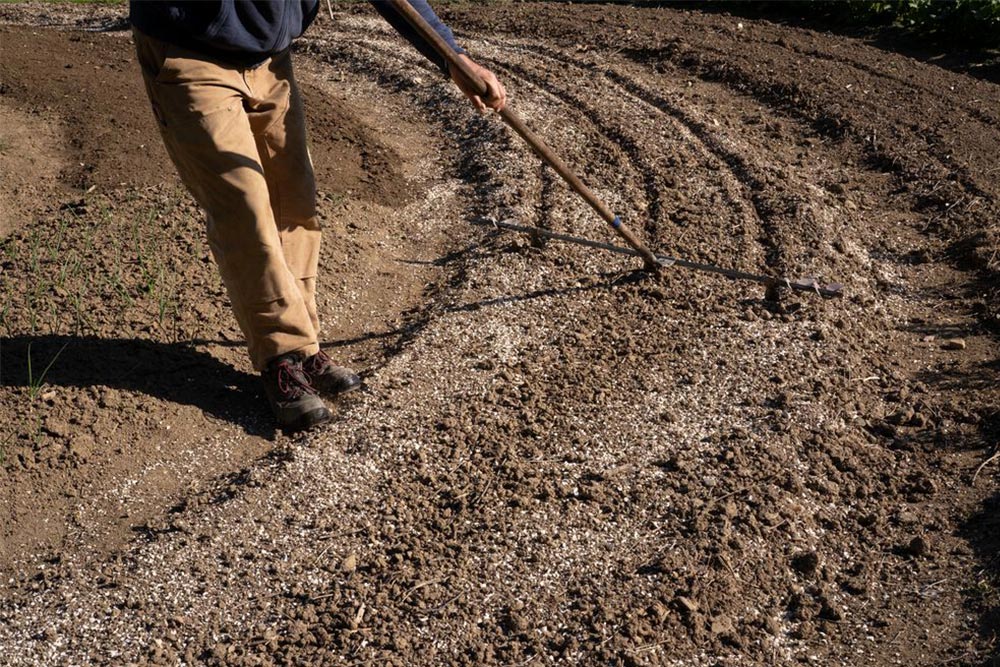 Biodynamic farming strives for a circular economy. People, plants, animals and the soil all depend on one another, interact and effectively merge into a unique organism.
Photo: WALA Heilmittel GmbH/Kerstin Braun

Working in harmony with nature and modelled on its rhythms – these are the principles that we apply in the WALA medicinal herb garden.
Photo: WALA Heilmittel GmbH/Kerstin Braun

Even though nitrogen fertiliser helps to increase plant mass, the quality is not the same. By contrast, biodynamic farmers nourish soil life so that the soil is at its best for the plant roots growing in it. Varied crop rotation also helps to keep the soil fertile.
Photo: WALA Heilmittel GmbH/Kerstin Braun

Ecological agriculture is the answer

But what can we do to break this vicious circle? Prinz zu Löwenstein: “We need to make our farming methods and eating habits ecologically sustainable. We need a counter-model to conventional industrialised farming. Which is where ecological farming, with its wide repertoire of methods, comes into play.”

Aid organisations and the United Nations are urging developing countries in particular to look to ecological intensification in their farming practices rather than Western-style industrialisation. He adds: “This ecological intensification can work through a combination of the latest scientific findings and the wealth of experience that still exists in traditional societies in particular.” There are many advantages associated with this. For instance, ecological agriculture stands for biodiversity – i.e. a colourful variety of plants and animals, provided they have not already been wiped out by industrial agriculture. As well as this, farmers who are able to increase their yield in harmony with nature can improve their income situation in the majority of cases.

Prinz zu Löwenstein has plenty of examples to back up his argument. For example, ecological agriculture projects in Haiti, the Philippines, Kenya and Ethiopia have helped to improve the food situation for local people. Farmers in rural regions have been able to increase their yield and income and no longer have to invest their profits in agricultural chemicals from industrial nations. Zu Löwenstein: “In recent years, sufficient data has been collected and evaluated confirming the efficiency of the ecological system.”

Do we need to change our eating habits?

Wonderful – problem solved! Or is it? One important question that remains unanswered is what conclusions should be drawn by those of us in the first world. How can we bring about the transformation to ecological agriculture that will continue to provide opportunities for future generations as well? Prinz zu Löwenstein: “The environment can no longer be expected to bear the brunt of production costs. Rather, this must be reflected in the price of products. Ecological agriculture and its low overall costs will only be competitive when the price of a conventionally produced cutlet factors in the cost to the environment as well.”

This would change our eating habits – for the benefit of all. People who reduce their meat consumption by half but buy biological quality meat at twice the price will not see a significant increase in their food budgets but will be eating more healthily overall as well as helping to safeguard the world’s food supply.