Evolving as a Person

The anthroposophical community hospital Havelhöhe ranked first in Berlin in a study of big city clinics. Read more about this concept here. 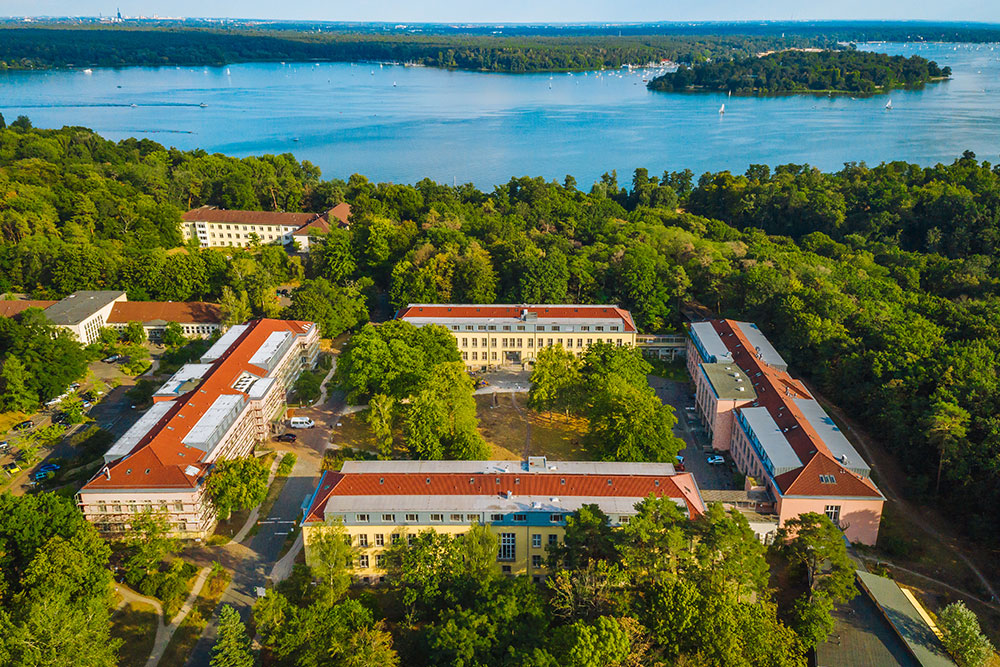 The holistic view of anthroposophical medicine also has a place in acute medicine. A visit to Havelhöhe Community Hospital in Berlin shows us how it can complement and enrich a guideline-based care system.

Today, we‘re off to the countryside. It takes around half an hour to get to Havelhöhe from Berlin-Spandau railway station. The rows of houses are gradually and increasingly replaced by trees, and eventually we spot the Havel river. The community hospital is made up of numerous buildings spread over extensive grounds. Well-manicured footpaths invite you to take a stroll among the trees and lawns. And yet this listed facility is not an exclusive private clinic, but an acute hospital that is regularly integrated into Berlin’s local healthcare system. In the post-war years, before becoming a hospital, the former German air force academy on Kladower Damm was used as a sanatorium for tuberculosis patients. In 1995, when it was being threatened with closure, an anthroposophical institution took over the building.

Anthroposophical medicine enjoys a good reputation among many patients who appreciate the expertise of their anthroposophical GP or paediatrician. The fact that there are also anthroposophical acute care centres like Havelhöhe is less well-known. Whether obstetrics or oncology, pain therapy or detoxification following drug and alcohol abuse – Havelhöhe covers the usual spectrum of modern acute medicine.

Illness is not just a glitch in the operating system

However, anthroposophical medicine's holistic approach is omnipresent here – from the initial diagnosis to the doctor-patient relationship and the treatment options. "We see the individual as a being that is designed to evolve," explains Dr. Matthias Girke, a specialist in internal medicine and co-founder of the hospital. "Seen from this perspective, human illness is not a glitch in the operating system. The more important issue is that the person becomes somebody else through their illness. The illness, too, has an origin and a destination, thus the idea of evolution plays a central role."

At Havelhöhe, typical hospital technology is countered by very different sensory experience rooms. Music therapy, for example, uses the full spectrum of the psychological effects of music – on the one hand it can give patients a new lease of life, on the other it can help them to find peace and relaxation. Art therapy, healing eurythmy, speech therapy and organ embrocations are further examples of the wide range of therapies offered. In regular therapy meetings, colleagues compare notes: What resources does the patient have? Where can they be practically applied? 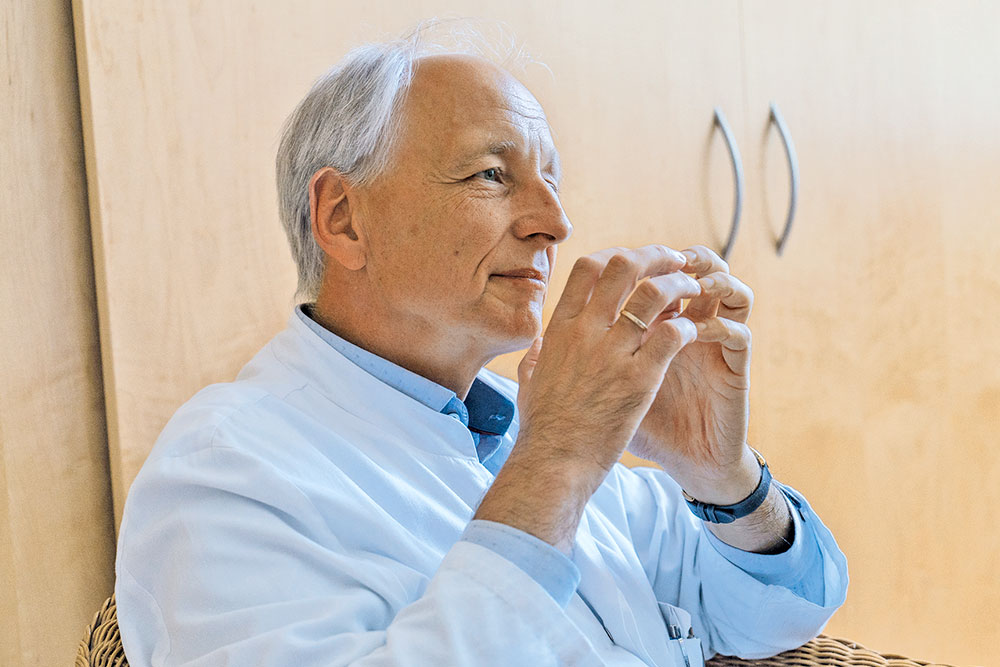 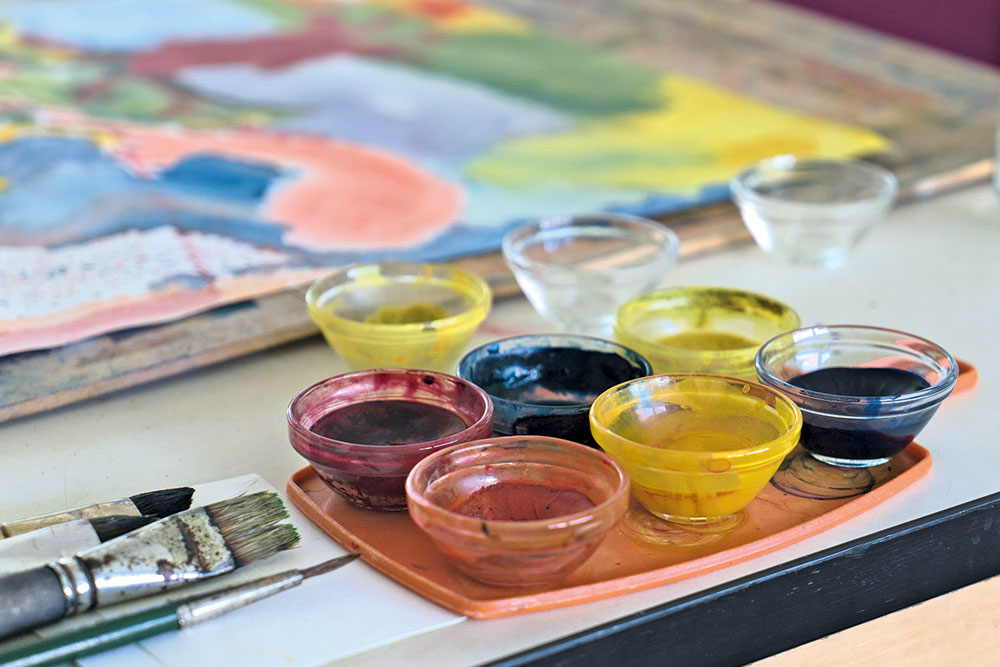 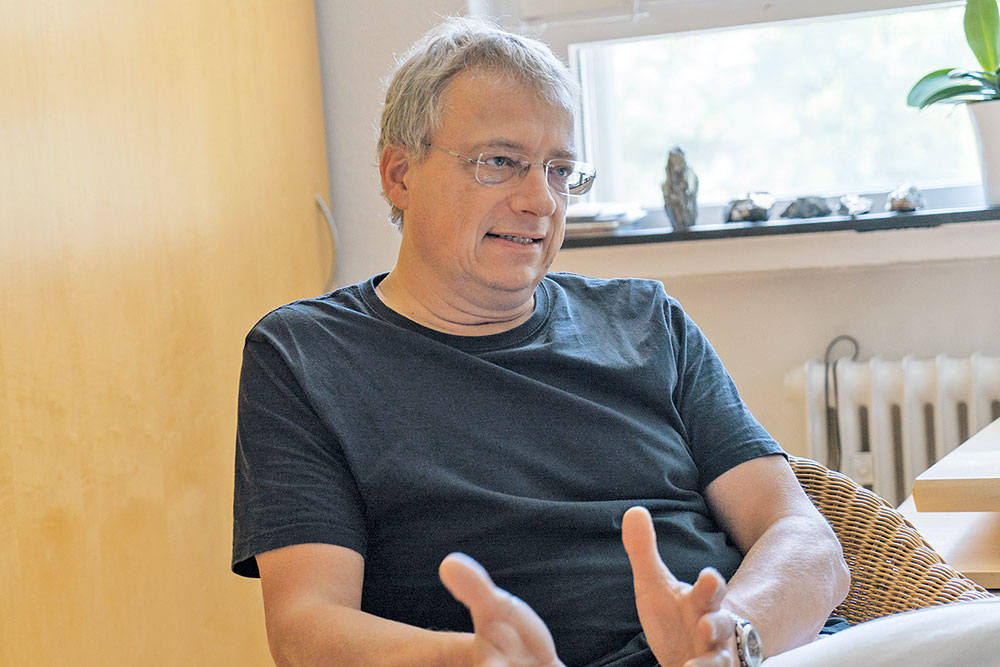 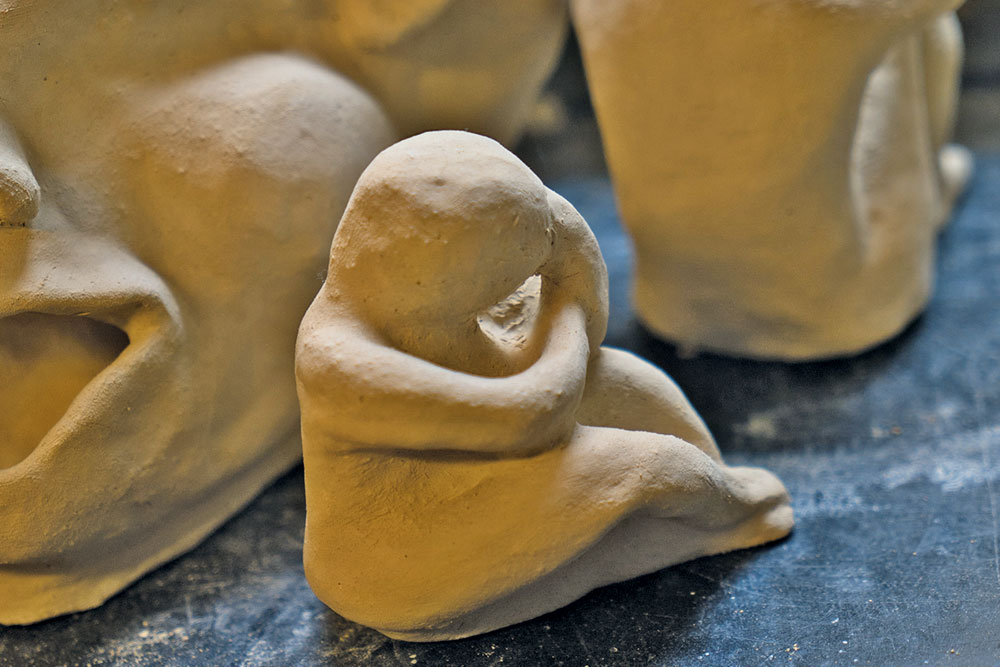 Body, mind and soul working together

"Something as simple as a rhythmical daily routine can contribute towards our wellbeing," explains Matthias Girke. "Another quite basic area is personal care. A revitalising morning wash with rosemary is a fairly simple care routine, but it has a noticeable therapeutic effect." Dr. Harald Matthes, Medical Director and Manager of Havelhöhe and leading physician in the Gastroenterology Department, also advocates taking a broader view of illness. "It’s a matter of including the mental and spiritual dimensions in the diagnosis alongside the physical, because body, mind and soul work together. I have to see which layers are affected. As a doctor, I can then help the patient to select the best treatment option. That could either be an operation, psychotherapy or one of the forms of art therapy – or perhaps even all three."

But an anthroposophical focus is by no means just about art therapies and anthroposophical medication. "Every medical intervention is different when it stems from such a comprehensive concept of human beings,” Matthias Girke concludes. "The doctor’s inner attitude is crucial and spreads into everything else."

Processes rather than "pipe cleaners"

Harald Matthes is certain that anyone who ascribes a heart attack merely to blocked vessels that can effectively be unblocked with "pipe cleaners", is missing a great opportunity. "When cardiologists say, 'No problem, we’ll fix it,’ they are employing the philosophy of the often extremely stressed heart attack patients with their hectic schedules. If, instead, doctors asked about the causes, talked to them about how to handle stress, eating habits or smoking, then they would shift the focus away from a quick fix and towards a healing process."

There are good arguments in favour of such an approach. Numerous studies show that lifestyle modifications have an enormous impact on heart health. Even atherosclerosis can be reversed. "If a patient doesn’t make fundamental changes to their lifestyle after a heart attack, there is a 50 per cent chance that they will suffer another heart attack within four years,” Harald Matthes explains from experience. If, on the other hand, they get more exercise and eat healthily, the probability drops to 15 per cent. This makes an impression on the patients and motivates them.” So, to all intents and purposes, it’s a question of making the patient take responsibility. For this reason, it is important to offer further services that reinforce such suggestions – like the Heart School at Havelhöhe, where patients work together to implement their good intentions.

This article was first published in viaWALA December 2016.