The dark side of light

Are you familiar with the term ‘light pollution’ and why this little-known phenomenon can have devastating effects on people, animals and plants? The astronomer Harald Bardenhagen sheds some light on the matter and presents some simple countermeasures. 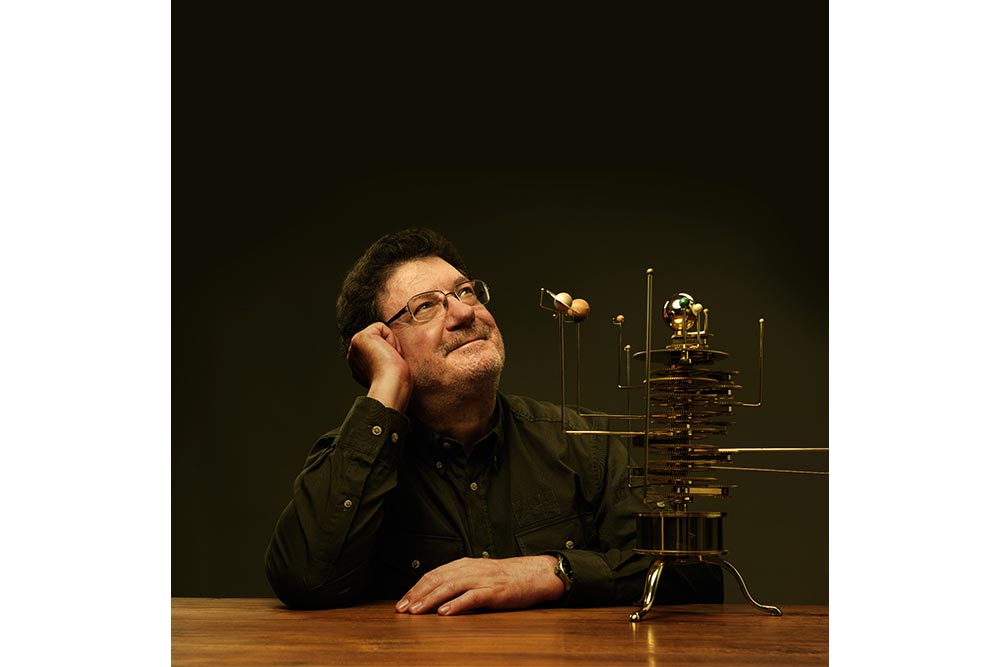 The astronomer Harald Bardenhagen runs an observatory in the Eifel National Park and is passionate about low-impact lighting.
Photo: Nikola Taćevski

In the West, the sun is setting and the day is drawing to an end. The dusk air becomes cooler as the ‘blue hour’ begins. Soon, the blackness of night will envelop the land. So far, this all sounds perfectly familiar. Even as little as 150 years ago, people set their routines by the sun as they needed light to perform their daily tasks. In 1879, however, the world was revolutionised when Thomas Edison developed a durable filament made of bamboo carbon fibres with a burn time of almost 40 hours. By 1890, the light bulb had triumphantly made its way into both private households and industrial production facilities. Since then, people have no longer been dependent on the time of day. Or on daylight. The night as we once knew it became a thing of the past.

The phenomenon of light pollution

“Modern man grows up in an illuminated night”, explains Harald Bardenhagen. The astronomer (born in 1957) runs an observatory in the Eifel National Park1 and is passionate about low-impact lighting. “Light is essentially a positive thing. That’s always been the case, and rightly so. At night though, artificial lighting also has a dark side.” The term ‘light pollution’ refers to the brightening of the night sky by electric light sources. Artificial light can sometimes make it far harder to view the stars, explaining why astronomers like Bardenhagen first became aware of the problem. “When light shines upwards, it is refracted and scattered by dust particles, aerosols and air molecules”, comments the researcher. The result is light smog. At the same time, light that is emitted upwards from unsuitably set-up sources has absolutely no benefit to us as humans. The high price that we and all of the Earth’s creatures pay for the brightening of the night sky is that of far-reaching environmental consequences. 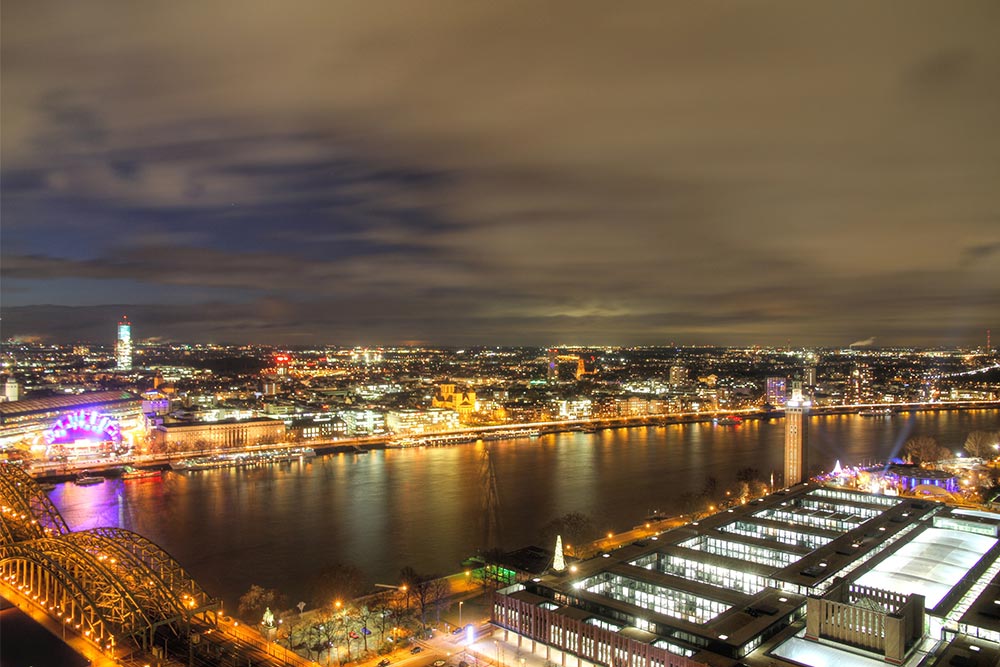 This photo of the brightly lit German city of Cologne clearly highlights the effects of light pollution.
Photo: Harald Bardenhagen

Effects on people, animals and plants

During 3.7 billion of years, life on Earth has been developing under rhythms based on daylight and darkness: humans and diurnal animals need the night to sleep, relax and regenerate. Nocturnal creatures, on the other hand, use the protection of darkness to search for food or, as in the case of glow worms for example, to find partners and reproduce. Plants, in turn, need the shift between light and dark for photosynthesis.

Too much artificial light suppresses for example the production of the sleep hormone melatonin, which controls the human body’s internal clock. This can sometimes result in sleep disorders. Night-time lighting has a dramatic effect on birds as it can impair the orientation of nocturnal species. In the worst case, birds collide with brightly lit high-rise buildings. Migratory birds sometimes take lengthy detours as artificial light distracts them from their usual, optimal routes. Songbirds start to sing earlier in the morning and female blue tits brood earlier in the year. This is life-threatening, as the phase in which food is in the highest demand no longer coincides with the period in which it is at its most plentiful. For fish, bridges that are brightly lit at night become impassable obstacles. For example, these kinds of ‘light barriers’ hinder eels during their spawning migration. Even plants suffer from light pollution as it affects their growth cycle. As a result, deciduous trees lose their leaves far later in the autumn. This can result in frost damage.2

Nocturnal insects like moths usually orient their flight by the moon and stars. They are magnetically drawn to artificial light sources, especially those with a high UV content like street lamps or building lighting. These lure the animals away from their natural habitats and into ruin. They are unable to reproduce, lay eggs or eat in the direct vicinity of the lights. Instead, they circle the light source until completely exhausted. Far too many of them also fall victim to insect-eating predators or painfully burn to death on the hot lights.

The good news is that the effects of light pollution can be vastly reduced with just a little care and some small, ingenious steps. “In this regard, I make a general differentiation between two areas – the interior of houses or apartments and outdoor areas”, explains Harald Bardenhagen. “As soon as we switch on the lights inside our homes, we should also lower the shutters or opaque blinds”, recommends the expert. This simple measure significantly reduces the amount of artificial light that is emitted outside. “I also recommend using warm-white lighting, i.e. bulbs with a low blue content. This is a blessing for our melatonin levels and for insects.” Incandescent bulbs are now outdated and should be replaced as they mainly generate heat.

“Outside, light should only be used where it is truly required”, believes Bardenhagen. “It should have low or none portions of blue. Please avoid ground spotlights and façade lighting – and if possible all kinds of decorative lighting.” Low-level, downward-facing lighting prevents wide radiation into the surrounding area. Timers and motion detectors limit artificial light to the times at which it is actually required. Insect-friendly bulbs and fully enclosed lamp housing with a maximum temperature of 60 degrees protect our fluttering friends. “We can dispense with almost 90 percent of light pollution easily and without any loss of comfort”, Bardenhagen claims. “I’d also love for us to discuss the nine million street lamps that currently light up Germany at night.”