The scent of essential rose oil is a joyful experience –a sensory symphony composed of more than 300 different parts. One of these parts is methyl eugenol, for which the EU has set a limit value. But Naturamus still knows how to use it to create the perfect composition. 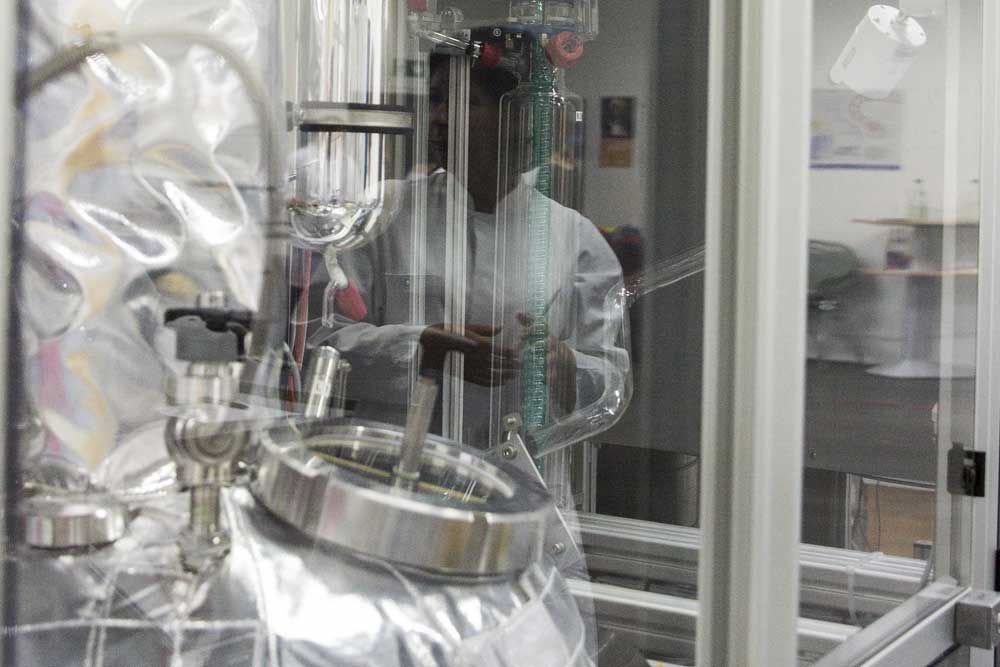 Methyl eugenol “rounds off” the scent of essential oils and lends them a carnation-like note. However, the EU has set a limit value for the methyl eugenol, severely restricting the allowed amount in cosmetic products. Since then, it has been standard practice to reduce this fragrance component in essential oils.
Few companies possess the knowledge and/or facilities necessary to deplete, or reduce, the methyl eugenol content to the recommended levels. But Naturamus is one of them. Over a period of three years, Joanna Grzegorzek and Sarina Duckstein-Rutschmann, Naturamus scientists in the Distillation Processes & Analytics department, developed a customised facility known as a rectification plant at the site of the company’s headquarters in Aichelberg, a neighbouring village of Eckwälden. The chemists say that the process benefitted greatly from their proximity to WALA.”It would not have been possible without the help of our colleagues at WALA,” stresses Grzegorzek.
The technique of rectification, also known as countercurrent distillation, separates substances into individual fractions on the basis of their different boiling points. However, these temperatures often only differ by one degree. “The differences in boiling points become greater under vacuum conditions, so that is how we conduct our rectification,” Grzegorzek explains.
The team uses a gas chromatograph to analyse the fractions and filter out methyl eugenol – but the human nose is just as important. The employees Schulz and Grzegorzek tell us that WALA’s perfumer Jörg Zimmermann spent many hours at the plant, assessing the finished, depleted rose oils according to his quality criteria. Methyl eugenol famously rounds off the fragrance. “It causes the rose fragrance to lack its typical volume, its completeness,” says Zimmermann. But he has developed his own method of using the depleted rose oil: “By adding the right fragrance components into the blend, I restore the full beauty of the rose.” 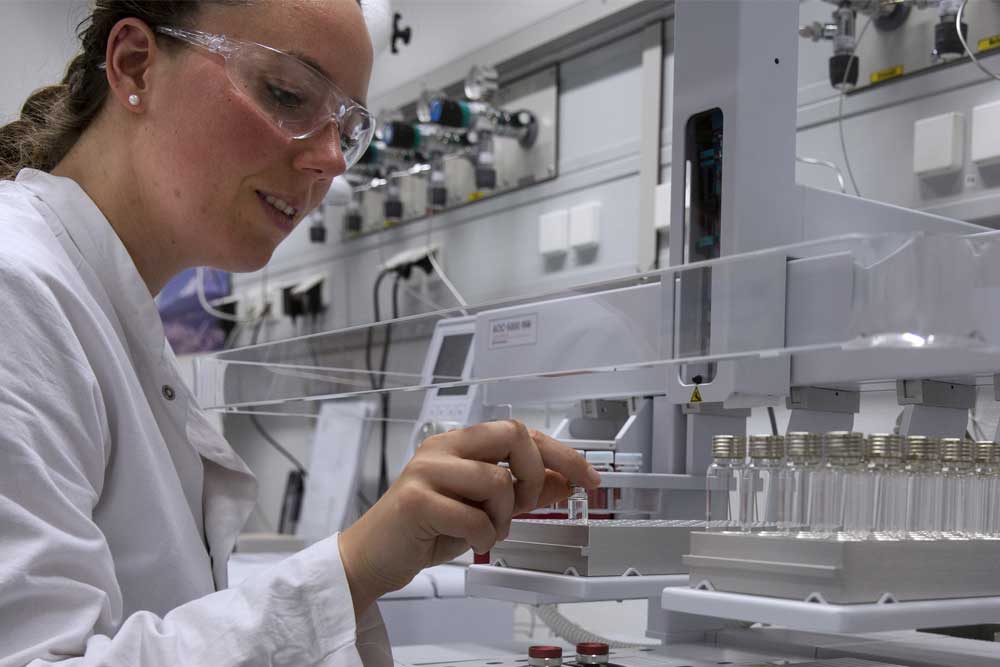 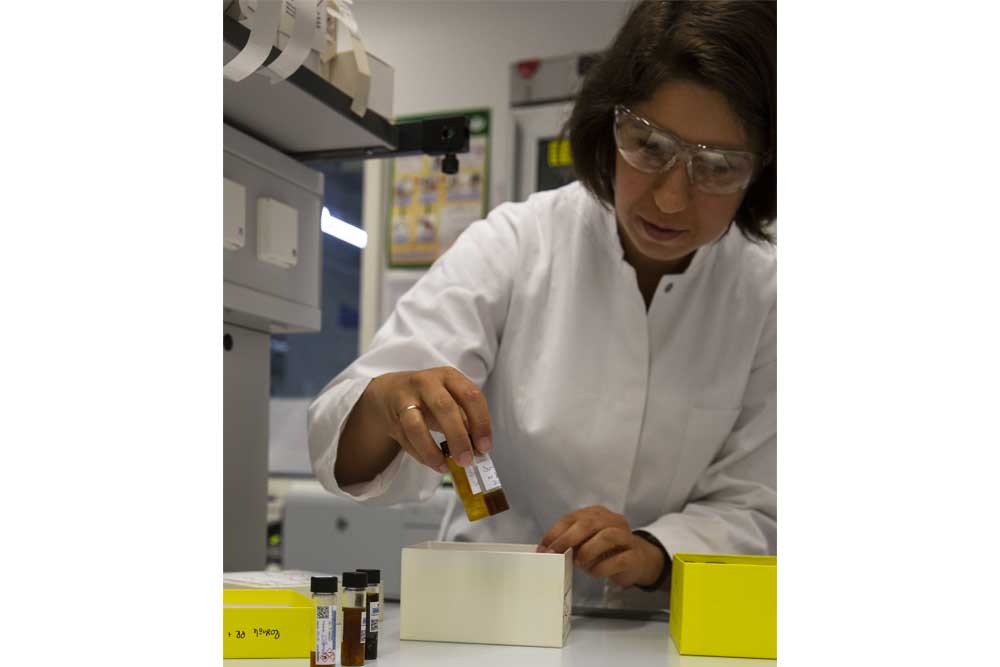 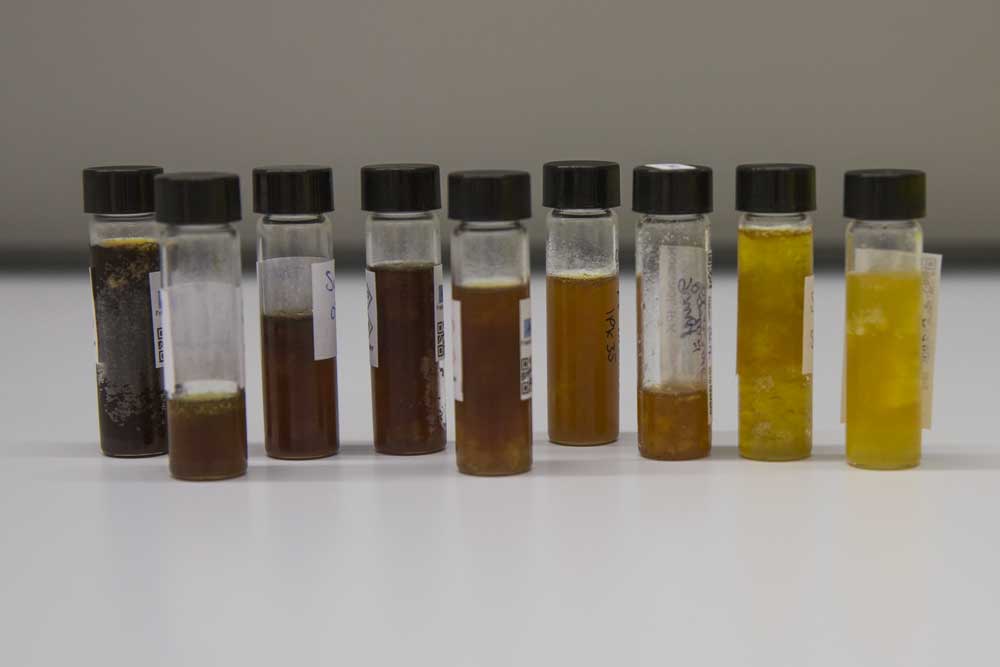 The Naturamus team in Aichelberg has also recently developed another system that produces mixtures of water and essential oils known as non-genuine hydrolates. “These aromatic waters are in very high demand on the market. They offer consistent quality and often smell better than the genuine hydrolates produced as a by-product of steam distillation. They also have a longer shelf life without the addition of preservatives,” says Matthias Adam, describing the result of the production process, one of the things he manages. The demand is so high that a second system has now been set up.

Almonds from Spain, macadamia nuts from Kenya and jojoba from Argentina: the raw materials used in Dr. Hauschka cosmetics come from all over the world. Our partnerships with farmers should be fair, trustworthy and as organic as possible. An insight.

The team at Naturamus GmbH procures raw and source materials for WALA, travelling all over the world to do so. We spoke to them about their work and their vision.

Almonds from Spain, macadamia nuts from Kenya and jojoba from Argentina: the raw materials used in Dr. Hauschka cosmetics come from all over the world. Our partnerships with farmers should be fair, trustworthy and as organic as possible. An insight.

Making full use of the mango

Our Indian cultivation partner Nanalal Satra produces the finest organic mangos. The stone of this juicy fruit contains seeds from which valuable mango butter can be obtained – an essential raw material in Dr. Hauschka Skin Care. Recently, Satra has started processing the whole fruit so that its high-quality flesh is not lost.