Young start-ups and companies steeped in tradition alike are searching for new ways to do business, in the form of steward ownership. But what does that mean, and why do people want to transform the business world? 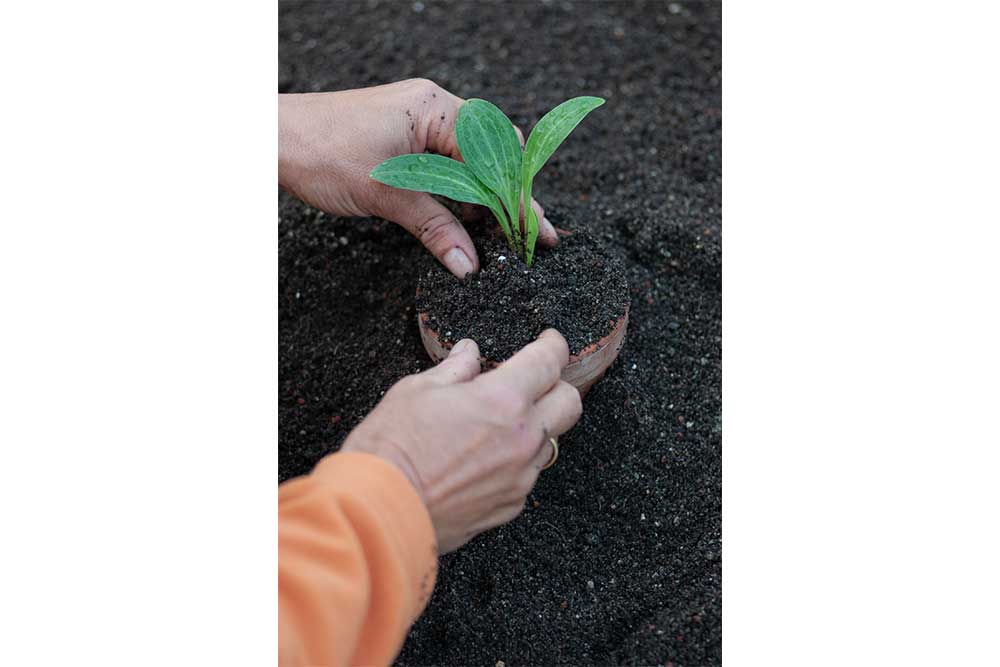 Businesses should serve people, and profit should not be an end in itself. These are foundational principles at WALA. The company, founded by Dr Rudolf Hauschka in 1935, was transformed into a non-charitable corporate foundation over 35 years ago, as, even back then; Dr Hauschka was convinced that being an entrepreneur meant an inseparable commitment to social responsibility. Any profits are earmarked for the company’s future development or they are paid as bonuses to its employees. Dr Philip Lettmann, Chairman of the Management Board at WALA Heilmittel GmbH, has been able to generate healthy profits for the company without having to recruit investors or exploit the environment or our fellow humans: ‘We live within a global economic culture that strives to maximise profits while loudly proclaiming that this is not the case. But we have known for a long time that this goal, the goal of maximising profits, is responsible for the tremendous harm being done to the environment and the exploitation of millions of people around the world.’

WALA uses a model of steward ownership that existed long before the term ‘steward ownership’ was in use, that of the independent foundation. Under this model, a foundation owns 100% of the company’s shares (shares with profit and voting rights alike). This type of steward ownership is based on two principles: self-determination and tying assets. Self-determination means ensuring that the company is bound to continue to serve the company’s values over the long term, while tying assets and profits means ensuring that capital can be used to develop the company. Large companies often have access to the resources required to start foundations, but for start-ups or mid-sized companies it can be an expensive, complicated process. They require other solutions.

One method being tested by your.company UG, a start-up, is the veto-share model. A foundation owns one percent of the voting rights and the right to veto the sale of the company or changes to its articles of incorporation, which might undermine the separation between shares that offer voting rights and those, that offer dividend rights. your.company provides a company sharing service, offering commercial infrastructure capable of taking a single product from the design stage through to market and then to end-of-life, shepherding it through the development and sales processes. Co-founder Kalle Bendias knew right from the start that the ownership of the company needed to be in company hands: ‘We asked ourselves what the companies of the future would look like, and how they could be designed to meet people’s needs.’ The goal was to prevent the company from being purchased and used for a completely different purpose or destroyed by individual egos. 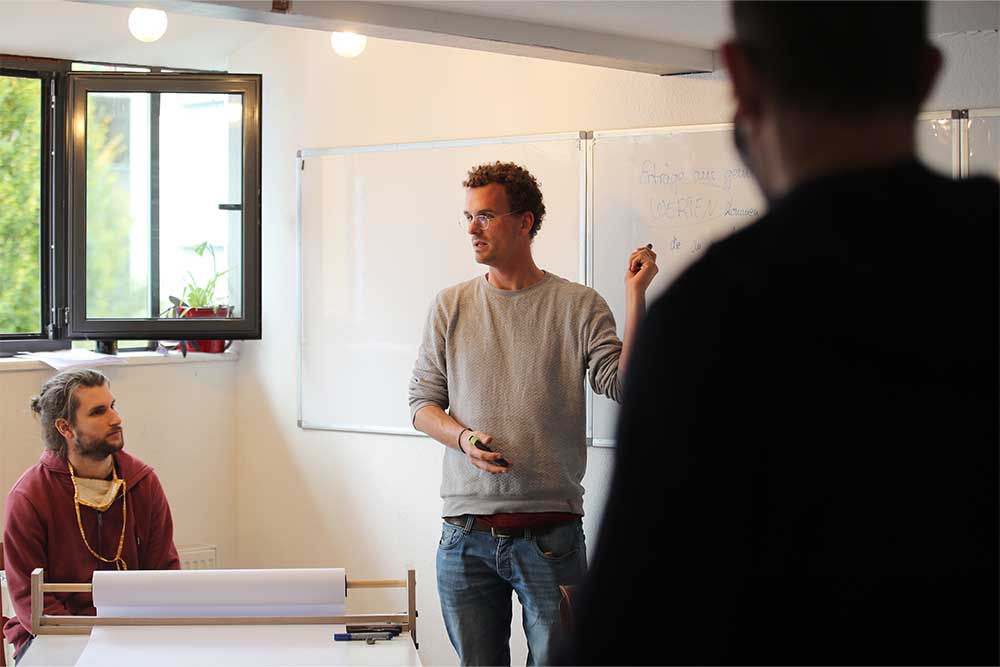 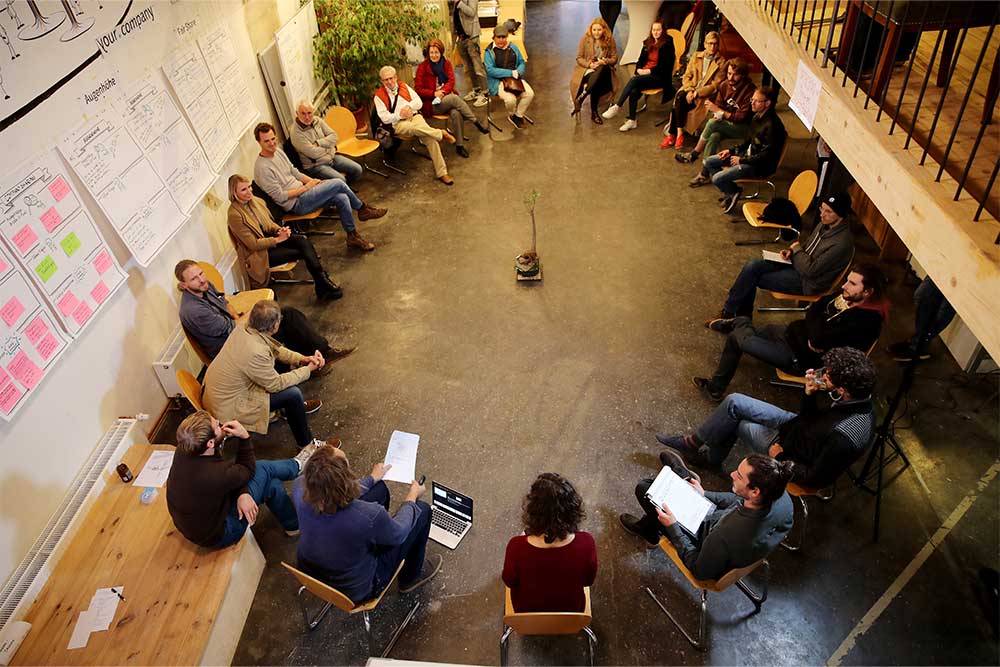 Deciding on the hows and the whys

The Purpose Foundation owns that one percent of the shares in your.company. It aims to foster an economy that serves people, society and the environment by means of steward ownership. Company spokesperson Christoph Bietz understands what motivates entrepreneurs to run their company under a steward ownership model: ‘They can be motivated by the desire to contribute to an economic transformation.’ Start-ups in particular, like your.company, want to make the world a better place and foster sustainability. Kalle Bendias is part of a network of many young entrepreneurs. He knows what drives them, and what drives him: ‘It seems to me that many entrepreneurs are searching for deeper meaning in their work.’ He has noticed that many business owners spent a great deal of time in their youth and young adulthood thinking about issues such as sustainability, climate change and peace: ‘Today, there are plenty of people who are no longer interested in making as much money as possible; instead, they focus on the values espoused by their actions.’

Of course, there are other reasons that a company might show interest in steward ownership. Mid-sized companies, in particular, often see it as a way to resolve the question of corporate succession, as the number of owners of mid-sized companies with family members who wish to take over their business is shrinking. Christoph Bietz understands how they feel: ‘Lots of people say that they don’t want their company to be sold or broken up at some point in the future. They want it to be around for a long time to come.’ But if a company is sold, it may land in the hands of investors that do not share the founder’s values, or are only interested in selling it on for profit. Steward ownership is a good option for ensuring that the company continues to run as its founder intended.

To promote this cutting-edge ownership model, companies such as WALA and your.company have banded together to form the Stiftung Verantwortungseigentum, which can be translated into English as the Steward Ownership Foundation. The goal of the foundation is the creation of a new legal form for corporations with tied assets. And the foundation is not alone: there are now politicians who understand the desire to create a new way to do business. The new coalition government in Germany, made up of the social-democratic SPD party, the Bündnis 90/DIE GRÜNEN (or green party), and the liberal FDP party, plans to introduce a new legal form for steward ownership, also known as a trust. Their coalition agreement states: ‘A modern corporate culture also includes new forms such as social enterprises, or companies with tied assets.’

The wording ‘companies with tied assets’ is a reference to a proposed new legal form of steward ownership. ‘We don’t know whether the new legal form will be implemented next year, the year after or even in three years’' time,’ says Kalle Bendias, but he is sure that ‘companies will find a way.’ He is hopeful that, in five years, there will also be a specific form for companies with tied assets, in addition to the current German legal forms of gGmbH, GmbH and others. Companies that belong to themselves, that serve a purpose and therefore prioritise their employees, sustainability or simply espouse a sense of meaning would then become standard. Christoph Bietz believes that the world needs these companies: ‘There are so many people who would like to do it, but it’s hard for them to implement.’ Philip Lettmann also has a vision of the future that steward ownership would fulfil: ‘A new attitude towards the ways in which we do business would help us to simultaneously achieve environmental sustainability, social justice and economic prosperity.’

How can companies operate responsibly while taking into account the interests of their employees and customers? In this film, Dr. Philip Lettmann, a board member of the WALA Foundation, answers this and other stirring questions. Join him on a tour of our medicinal herb garden, where we’ve been working sustainably to the rhythm of nature since 1955.

What Kind of Future do we want to live in?

The banking crisis, low interest, the waste of resources, environmental pollution, a yield-driven economy – the human race is faced with some big challenges. Is it all reason for despair?