In the Rhythm of Life: Pirkko Ollilainen

“We are often told that everything has to be in harmony. However, if all of the instruments in an orchestra were to play the same note, it would be extremely boring.” - An interview with WALA board member Pirkko Ollilainen about inner strength, individuality and essence. 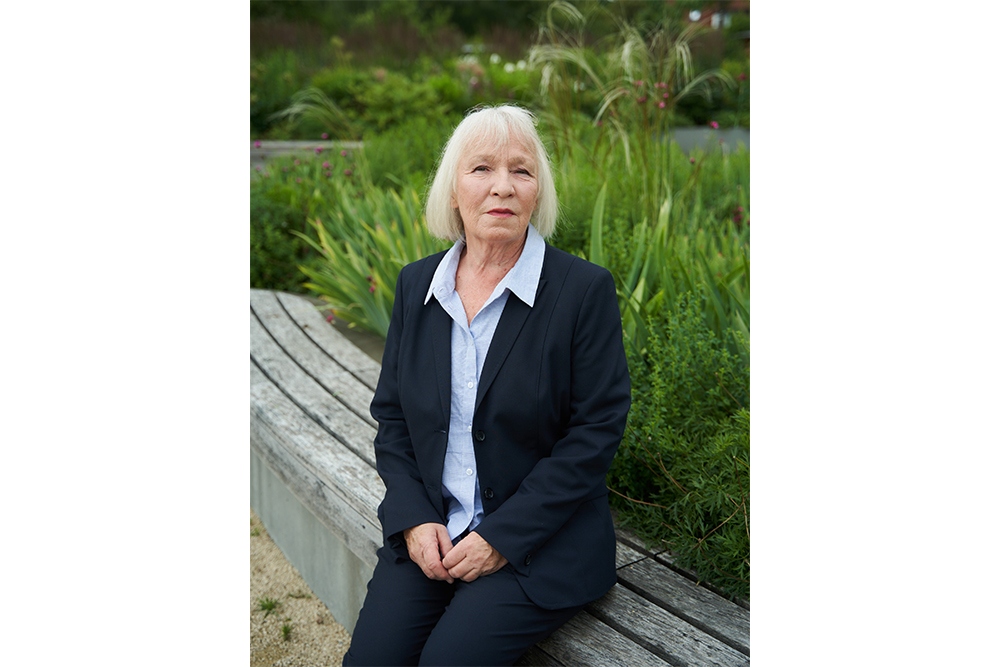 Pirkko Ollilainen's deep understanding of the anthroposophical therapeutic direction, as well as her many years of leadership experience, were decisive in appointing her to the Board of the WALA Foundation in 2017.

An interview with Pirkko Ollilainen is an experience. Pirkko, a curative eurythmist and anthroposophic therapist, gives off that deep sense of calm generally found in people who are in harmony with themselves and who make you feel that they have already completely seen through you before you’ve spoken a single word. Sometimes, it's hard to follow what she says, because every one of her carefully chosen words seems weighty and opens up novel perspectives. Pirkko was born in 1954 in the small town of Nurmes on the Finnish border with Russia. Today, she travels the world as the most sought-after speaker on the subject of eurythmy, treats patients with a wide range of conditions and has been a member of the WALA Foundation’s board since 2017. Her mission in life is to help people in a holistic manner. In this interview, Pirkko talks about how she found her way to anthroposophical medicine, inner strength and essence.

Her path to anthroposophical medicine 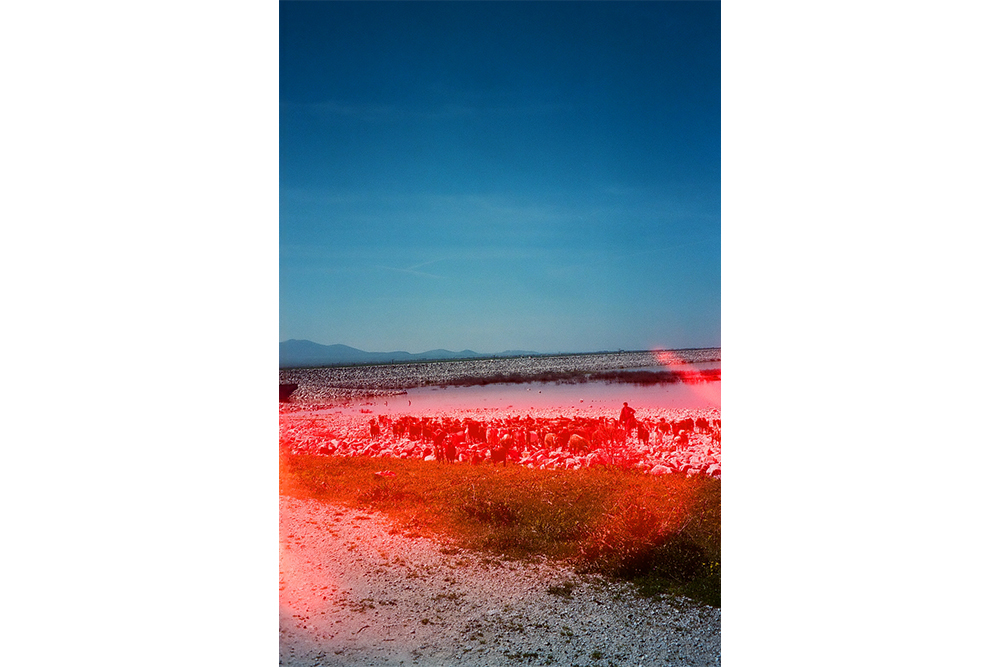 “When I was young, I worked in a summer camp for severely disabled children where I met an eighty-year-old therapist who practiced eurythmy with them. I was deeply impressed by the way eurythmy suddenly allowed them to move and express themselves. From that moment, I knew that I wanted to learn and be able to do the same thing. Over my time studying and working in the field, I have learned that everything in life boils down to integrity and that humans are incredibly complex beings. Now, when a person comes to me for treatment, I will ask them a barrage of questions to get a general sense of their essence as a person. Because even if their problem is a common one, its cause will be unique, and hence the treatment will also need to be unique.”

On her relationship with WALA 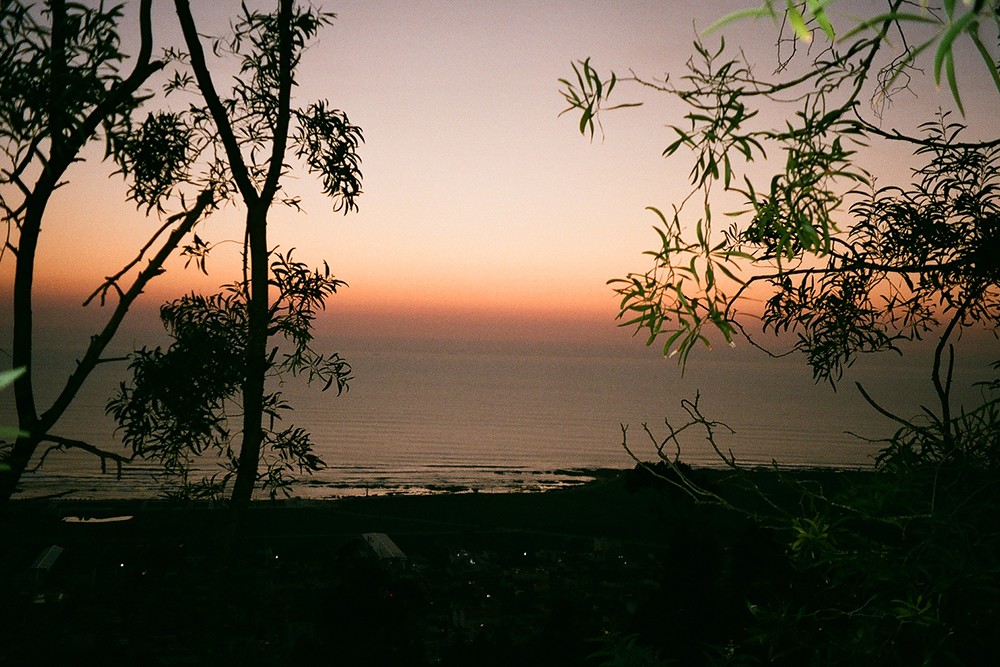 “I worked for many years as a therapist and eurythmist at the Filder Clinic (Filderklinik), 25 years of which were in senior management roles. What we did was pioneering, because we found a way to integrate anthroposophical medicine into everyday medical practice. Decades ago, at a conference, I met an anthroposophic medical doctor and founding member of the WALA Foundation, Dr. Heinz-Hartmut Vogel, who had also been working as the head of the medical department at WALA for many years, and invited me to attend eurythmy courses at WALA. This is how my relationship with WALA began. In 2017, I was appointed a member of the board of directors of the WALA Foundation.”

On what motivates her 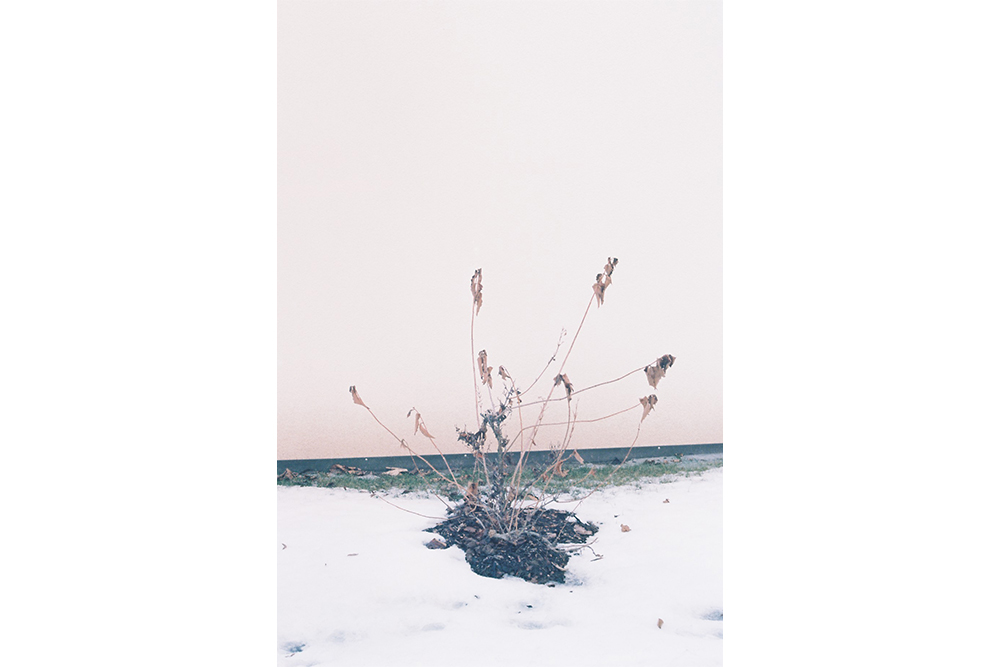 “On the one hand, my work is about restoring balance between the four dimensions that make up every human. These dimensions are our physical body, our life force, the realm of the soul and emotions and our individuality or ego. Integrating these four dimensions will look very different for every person. At the same time, I have always been very interested in anthroposophical principles in terms of their application in therapy and medicine, as well as product development. This is because anthroposophic medicine doesn't just focus on the physical, material level, but is also hugely concerned with that which animates a person.”

On inner strength and creativity 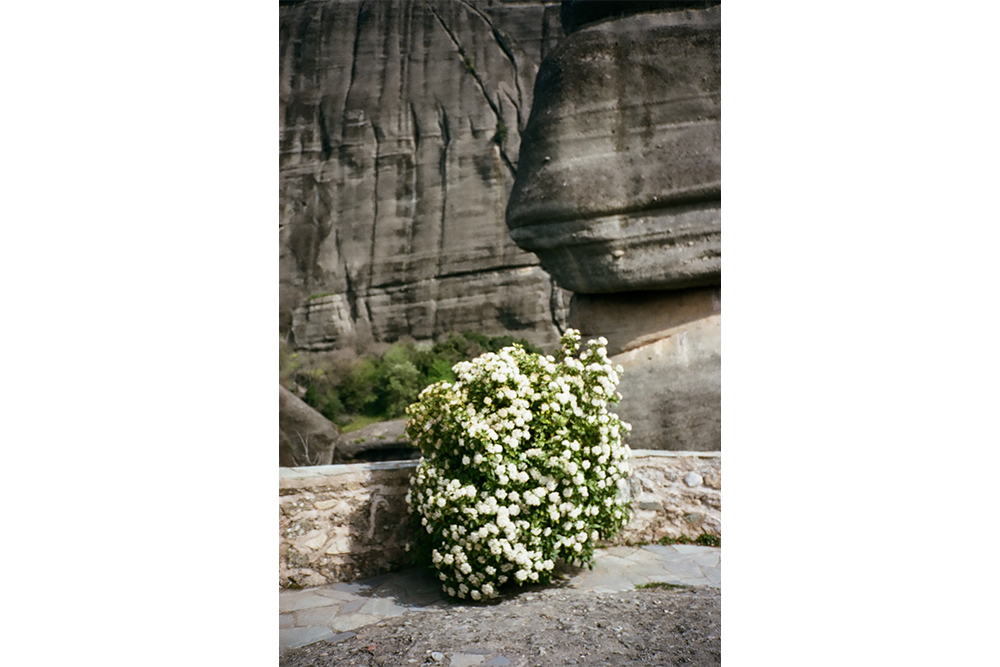 “In anthroposophical terms, inner strength and creativity is completely gender neutral. That is, the world is shaped by people with inner strength who are in touch with their inherent creativity, regardless of whether they're men or women. However, these days, a lot of people are merely existing. Hence, we have to learn to get in touch with our deeper selves again and to trust ourselves in order to be able to live authentic lives. And to appreciate the little things in life. It is only when we are feeling good and are in touch with our inner strength that we will be capable of giving to others.”

On being true to yourself 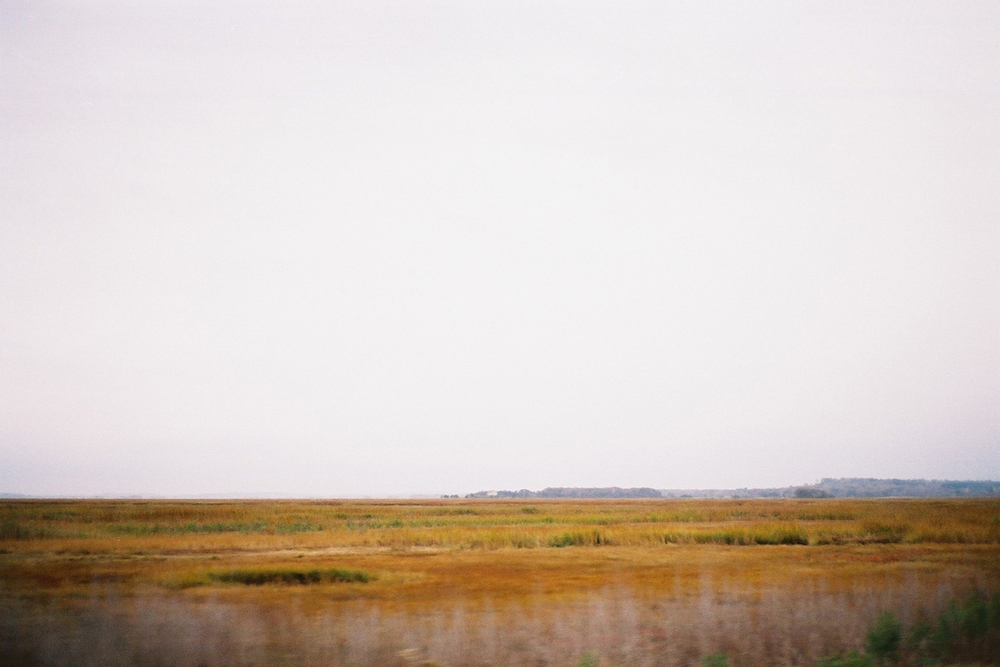 “When a former patient of mine was diagnosed with terminal cancer at the age of 21, she stopped doing as she was told by her parents and started living the way she had always wanted to. A short time later, the tumour began to shrink. When I saw her again many years later, she said ‘I am still having to be careful to make sure that I’m true to myself. If think too much about what others want, I lose myself.’ Losing oneself means no longer knowing who we are, to an extent, and can be dangerous for the body. When we stop listening to ourselves, we become alienated from ourselves, and this can lead to illness.” 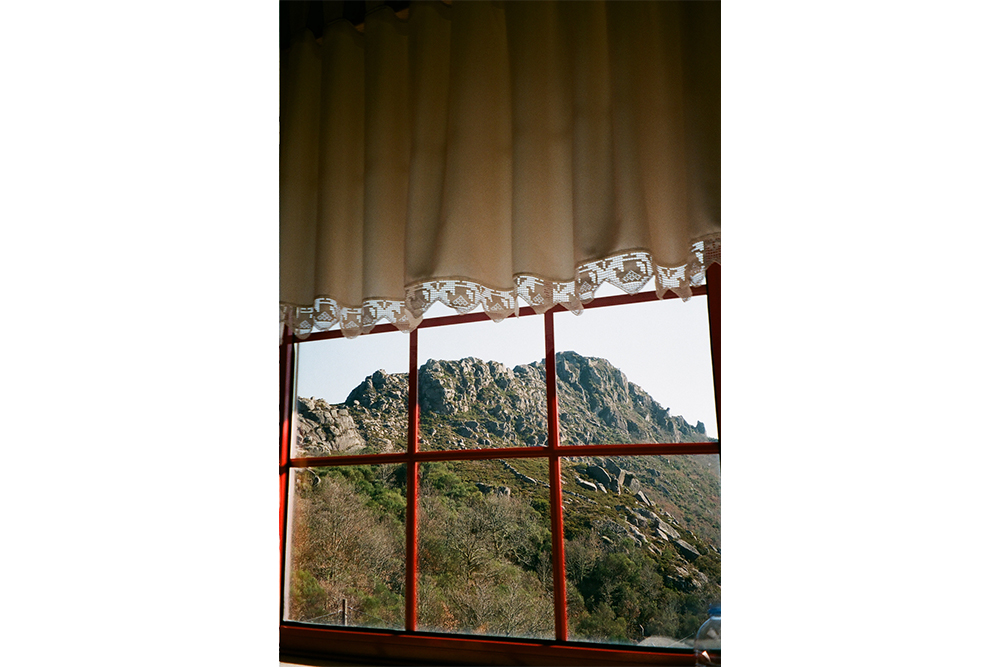 “We are often told that everything has to be in harmony. Today, most people have precious little time and space for thinking about what they actually want, despite there being billions of individuals. However, if all of the instruments in an orchestra were to play the same note, it would be extremely boring. What actually happens is that all the different instruments’ notes complement each other and so create something truly unique and magnificent.”

On the essentiality of life 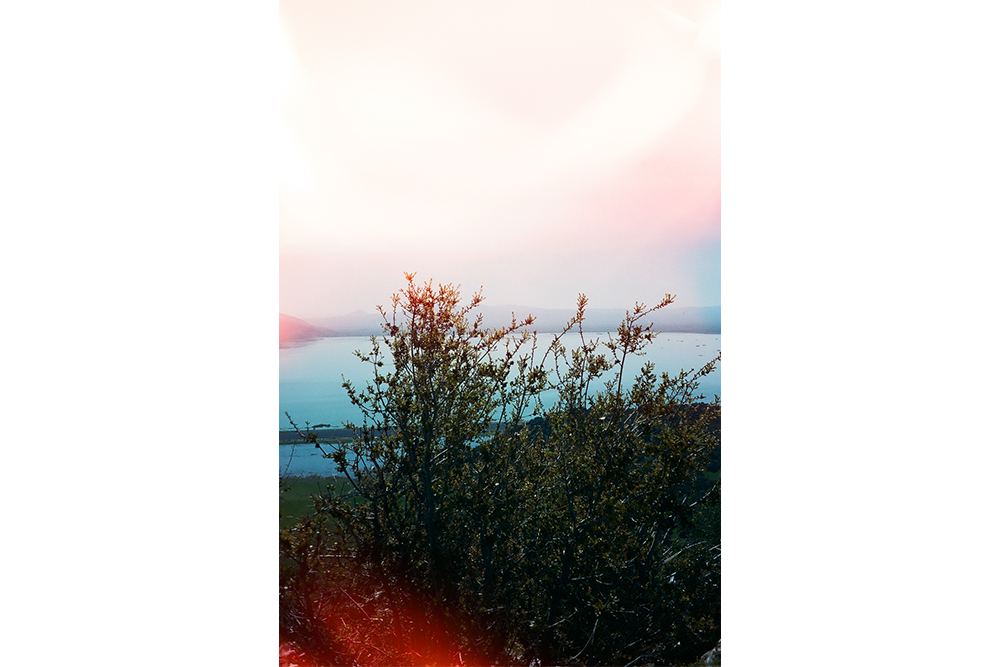 “Everything in life and the world has an essence. There is a principle described by Rudolf Steiner that I always refer to and entails asking myself: What is the essence? How does it express itself? How does it work and manifest? This way of looking at things can be applied to virtually everything. Sometimes, when I am tired, I have to take a moment to remind myself of the essence of my work. When I lose touch with that, I may still be saying the right things to people, but am no longer conveying anything of essence. Conversely, when I focus on essence, a whole new world suddenly opens up. When I'm delivering a lecture and I make that shift to returning to essence, it’s incredible to see how the audience suddenly responds. This is not about me. I am simply the transmitter of the information that is suddenly revealed to another. And in that process, something new emerges.”