We have always needed nature for our products. And nature needs us now more than ever. We are therefore avoiding all direct CO2 emissions. And we are offsetting any thoroughly unavoidable emissions via atmosfair: our offsetting payments support a biomass plant in India. 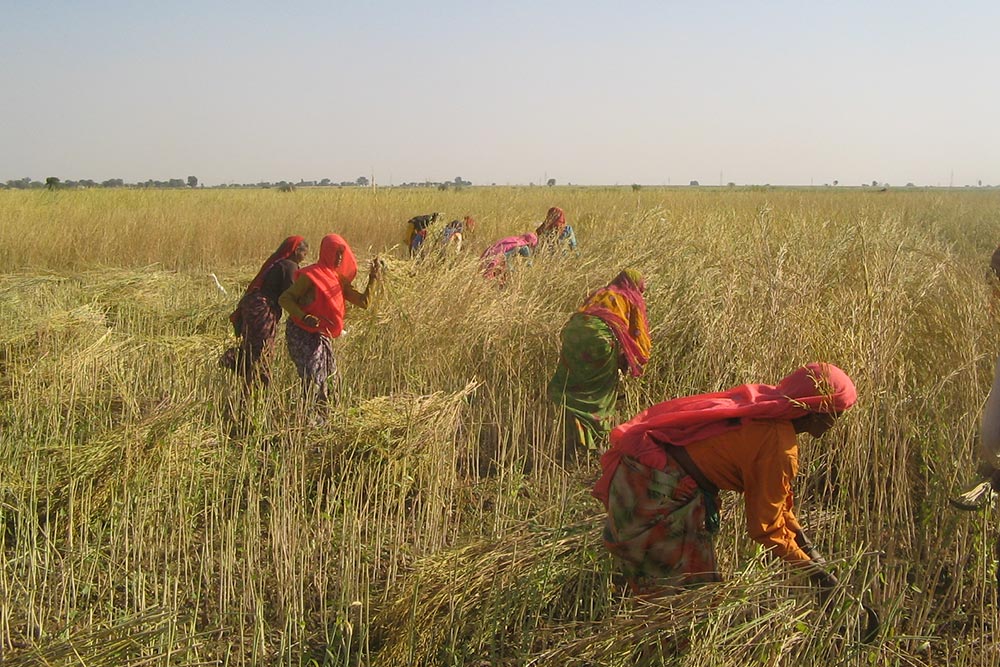 Mustard growing has a long tradition in the district of Tonk in the Indian region of Rajasthan. Given the dry climate, mustard is the most important crop and the yellow blossoms dominate entire areas of the landscape.

Take a drive through the Tonk region in winter and you’re sure to spot the many yellow fields: the colour of the flowering mustard dominates entire areas of the landscape. Tonk is located in Rajasthan, the largest state by area in the Indian subcontinent. The region encompasses the most arid areas of India, including the Thar Desert. Agriculture, livestock farming and the textile trade provide people’s main sources of income. Given the dry climate of the region, which frequently suffers from droughts and crop failures, mustard is the most important crop.

Previously, the shells and stems left over after the mustard was processed into oil were simply burned. This made them of no sustainable use in either economic or energy terms. It is precisely these harvest residues that the 8 MW biomass plant uses to generate electricity. Every year, around 5,500 smallholder farmers supply the power plant with their harvest residues and earn themselves an additional income. 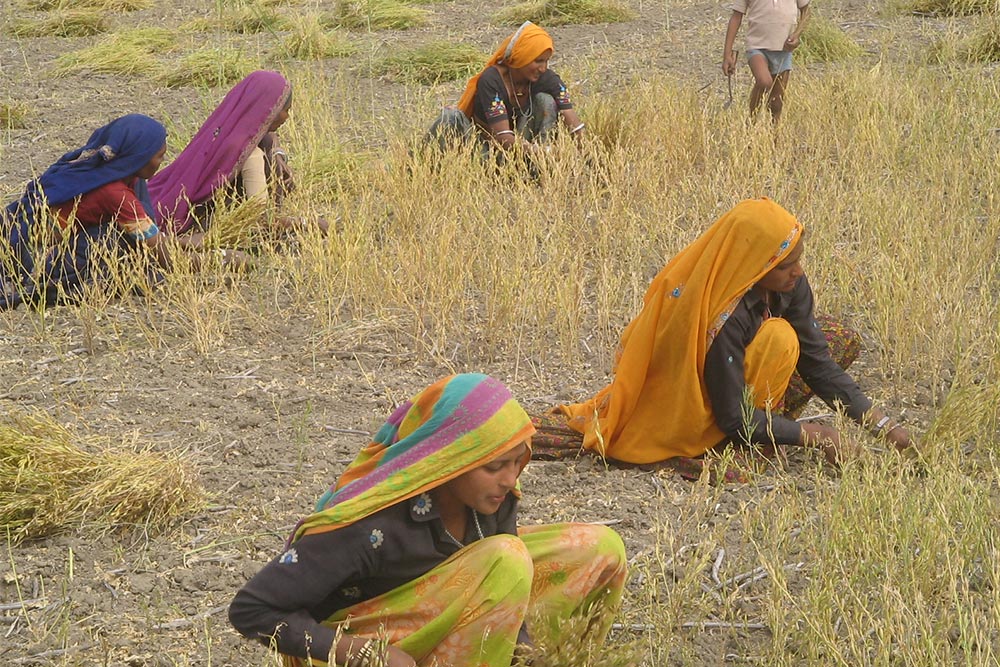 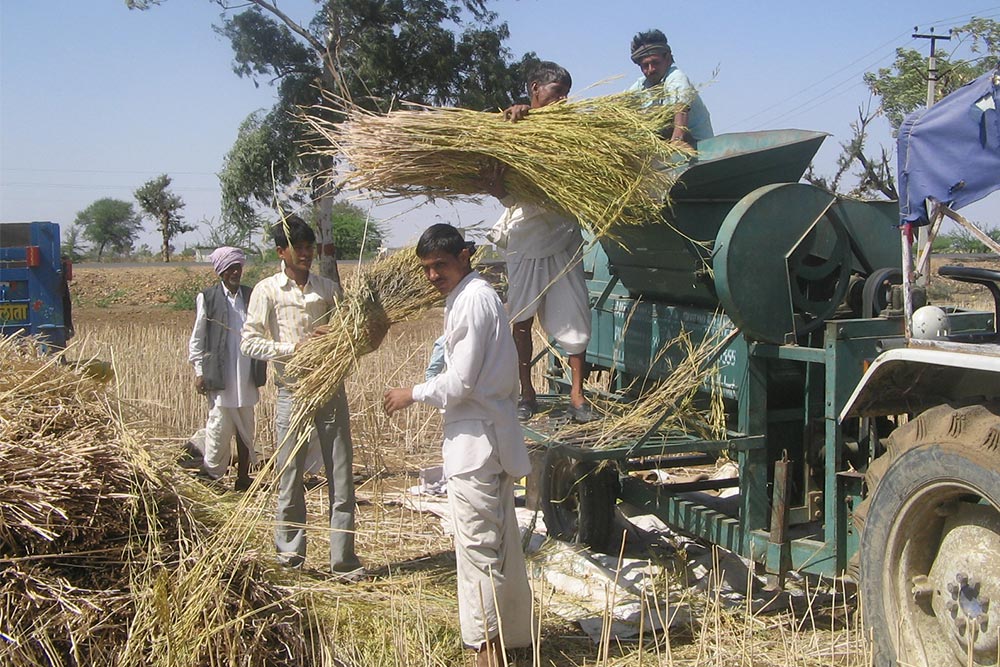 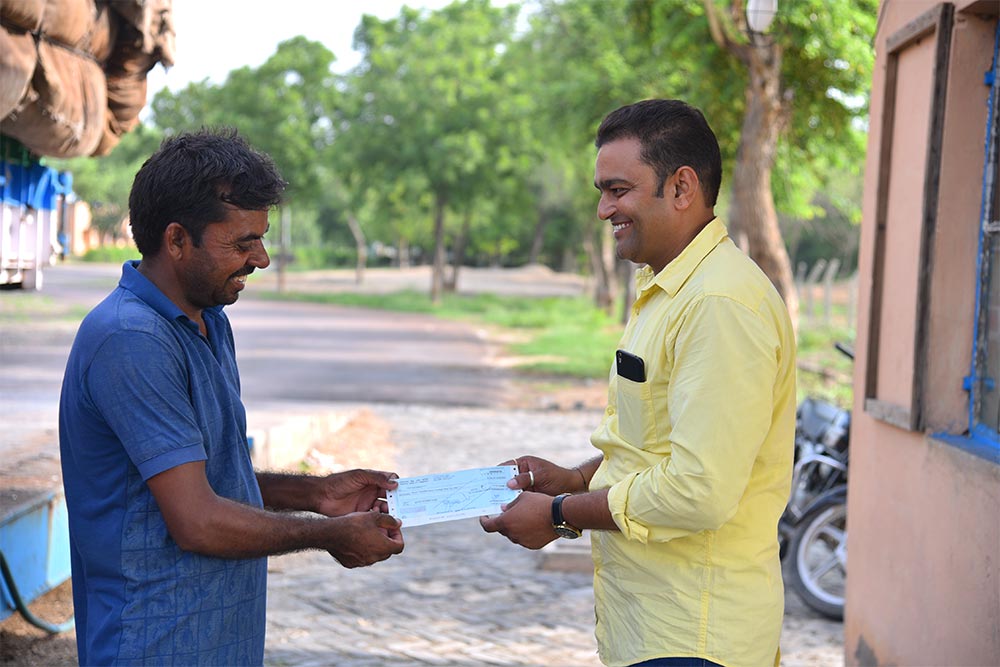 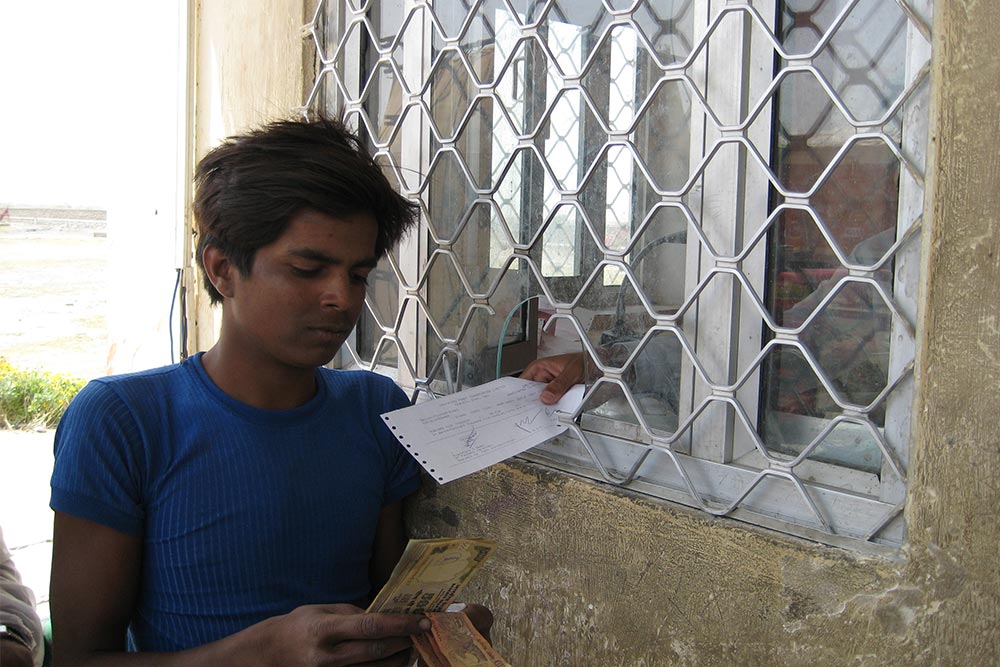 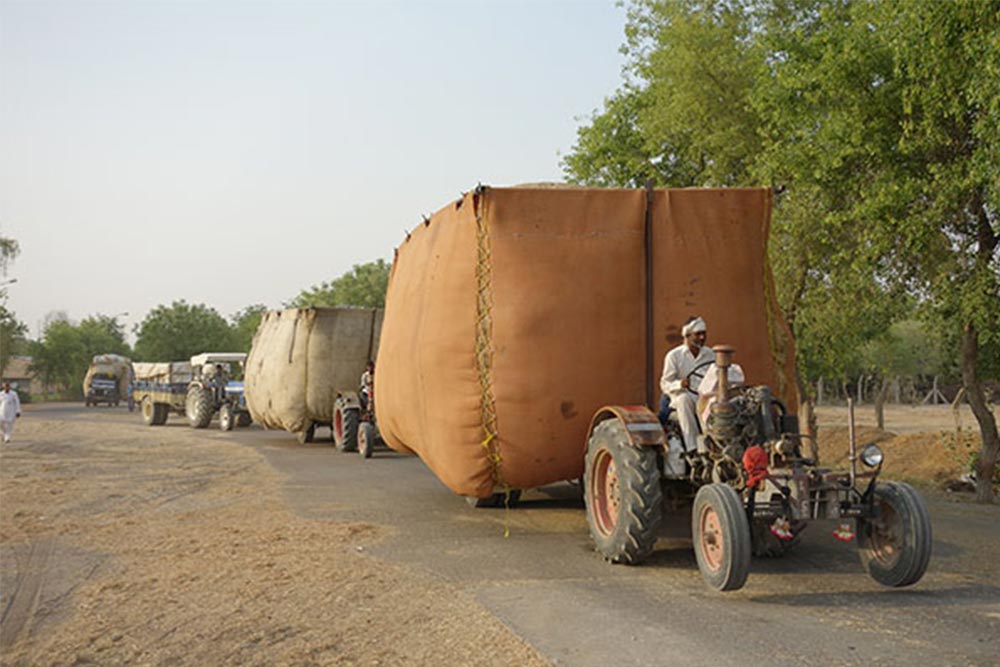 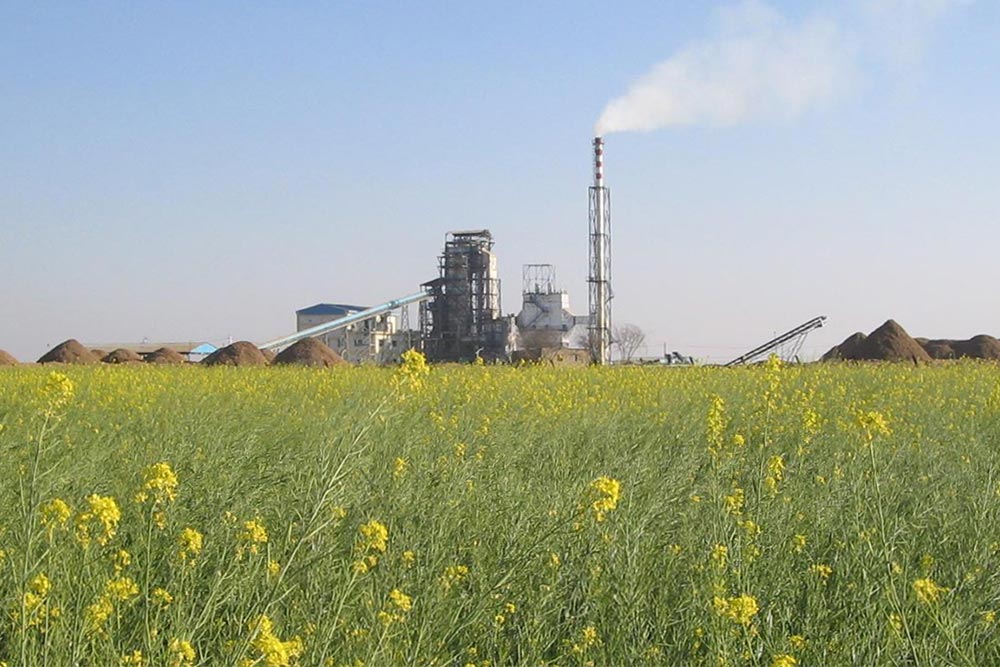 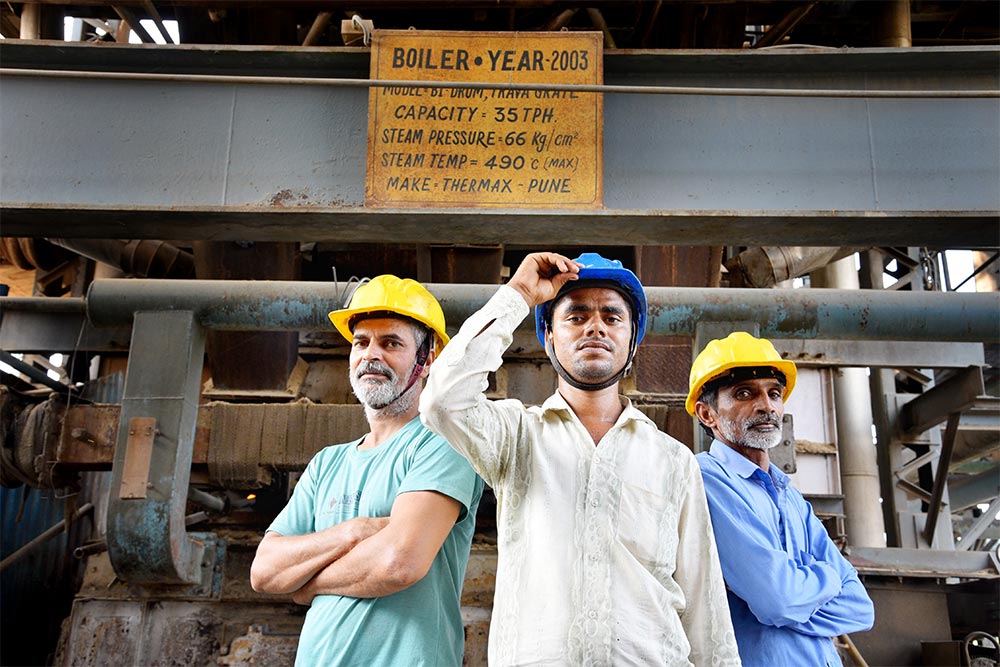 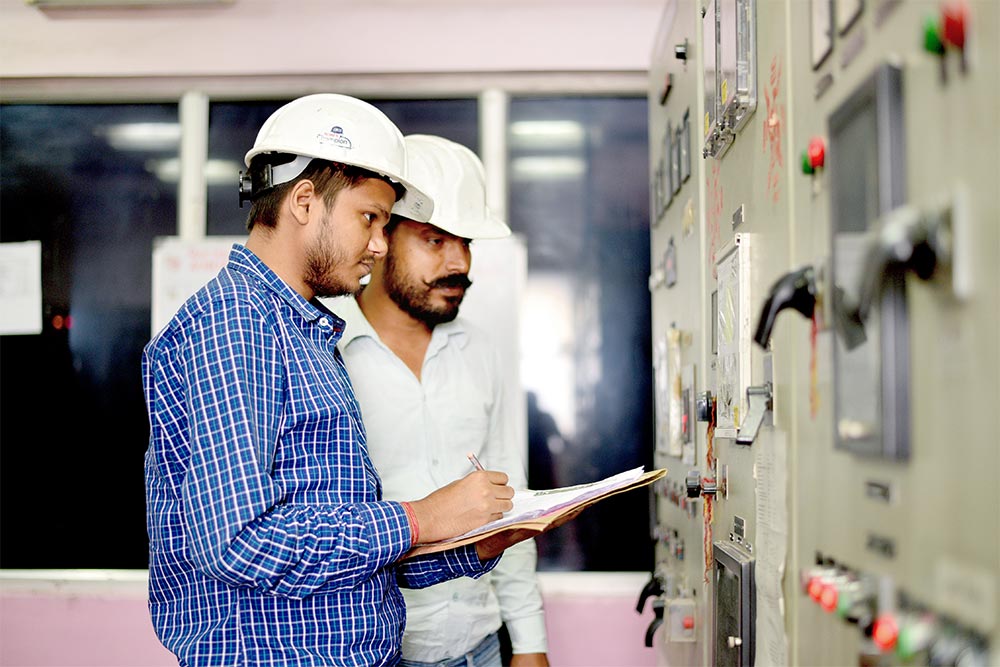 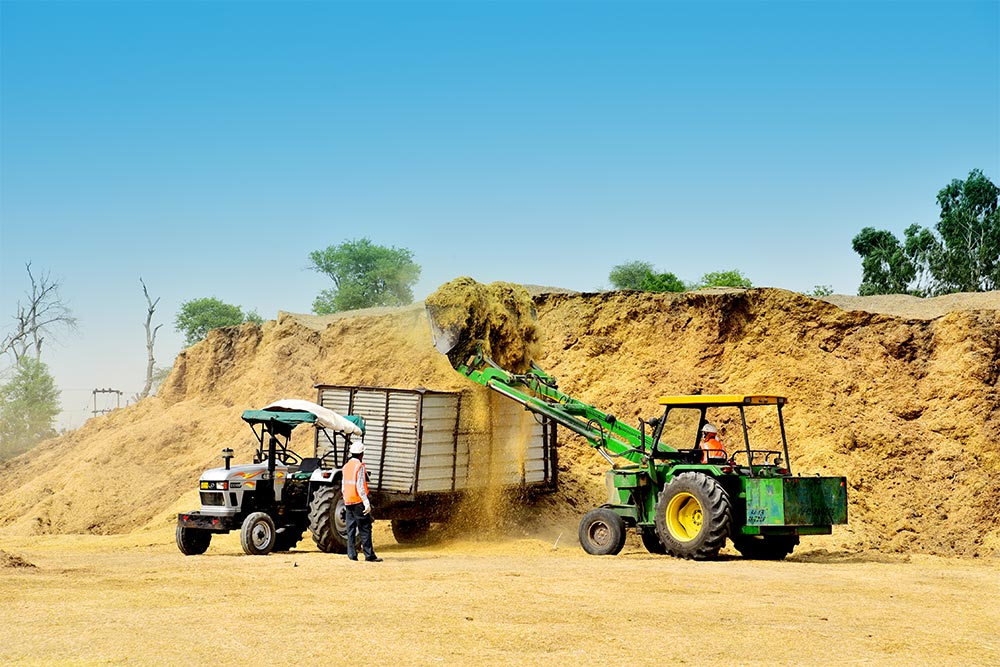 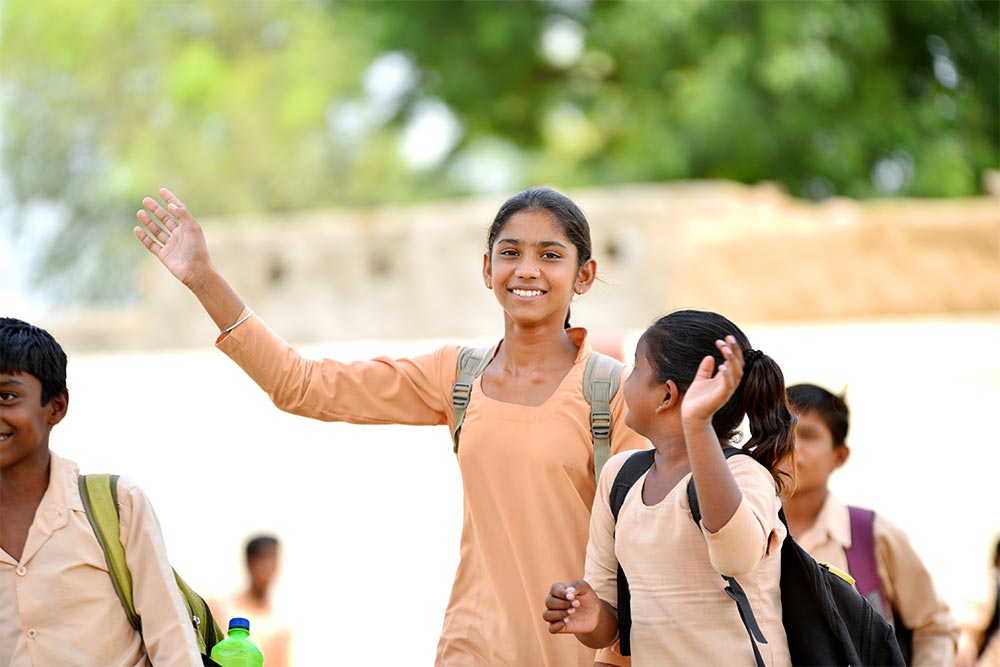 The use of the residues from the mustard harvest to generate electricity is new. Traditionally, these were burned and the ash was scattered on the fields as fertiliser, therefore remaining in the nutrient cycle. This makes sustainability a key focus when generating energy from biomass.

The farmers still burn about 25 percent of the harvest residues in the region’s brick kilns. This produces sufficient fertiliser for the fields. About 75 percent of the crop residues remain unused by the farmers – and are therefore available for energy production.

The farmers are instantly paid upon delivery of their harvest residues. There is no minimum quantity of residues that have to be delivered: even farmers with little land and few crops can supplement their earnings.

The tractors used to transport the farmers’ harvest residues from the collection centres to the power plant are weighed as they enter and leave the site. The collection points are located so that all farmers in the region can deliver their harvest residues even if they do not have any means of transportation.

The biomass power plant in Tonk generates energy year-round although the harvest residues are only delivered during the two-month period after the March harvest. Ever since its inauguration, the power plant has significantly increased the amount of electricity it has generated: in the first few years, it fed an average of almost 30,000 MWh/a into the public grid. In the last few years, this figure consistently reached 50,000 MWh/a.

The plant created jobs for commercial and technical management as well as in storage and biomass collection. In 2017, it had 28 technical employees, 22 administrative employees and 123 freelance employees in the areas of technical assistance, security and administration.

Every month, the power plant operator KPTL transmits the amount of kWh fed in to the local network operators – supplying around 55,000 people in the region with green electricity.

The harvest residues must dry for as long as possible before they are fried. In the pilot phase of the project, strong winds led to dust being whirled up in the extremely arid region. The creation of a protective green barrier in the form of 1,800 trees around the plant and in the region resolved the problem.

KPTL, atmosfair’s local project partner, has long had its roots in the project region. It has used the additional income from the CDM project, for example, to help the girls’ school in Uniara finance a reverse osmosis system and eight PCs for the students’ computer room as well as to cover the costs of schooling for children from low-income families in Jhundwa and Aligarh.

The biomass plant was created by atmosfair and the Indian partner Kalpataru Power Transmission Limited (KPTL). It feeds the green electricity that it generates into the public grid, increasingly displacing energy from fossil fuel power plants. atmosfair uses the CDM* to make a monetary payment to KPTL for every avoided tonne of CO2. As the number of avoided tonnes of CO2 and the number of kWh generated and fed into the grid are directly proportionate to each other, the money earned by the plant operators via the CDM can be regarded as a kind of feed-in tariff.

Despite the greatly fluctuating market prices for emission reductions, atmosfair has committed to providing the project with long-term support. This ensures that the project can be run in an economically successful manner and positively affect the share of renewable energy in India’s energy mix. Ever since its inauguration, the power plant has continuously increased the amount of electricity it has generated: whereas in the first few years it fed an average of just under 30,000 MWh/a into the public grid, in the last few years it has regularly fed in 50,000 MWh/a.

Thanks to WALA’s support, the sustainable generation of electricity can be guaranteed in the coming years. WALA furthermore assists smallholder farmers in Rajasthan who are struggling to survive financially. All additional income helps families send their children to school and keep their businesses running.

Find out more about how we avoid emissions in the article Climate? We’re neutral.