When Alexandra Camek was a little girl, she loved running across flowering meadows in her bare feet while admiring the colourful blossoms around her. Nature has always brought her joy. Today, the biodiversity of those meadows has decreased significantly, which is partly due to industrial agriculture. This has prompted the enthusiastic agronomist to start an unusual project. 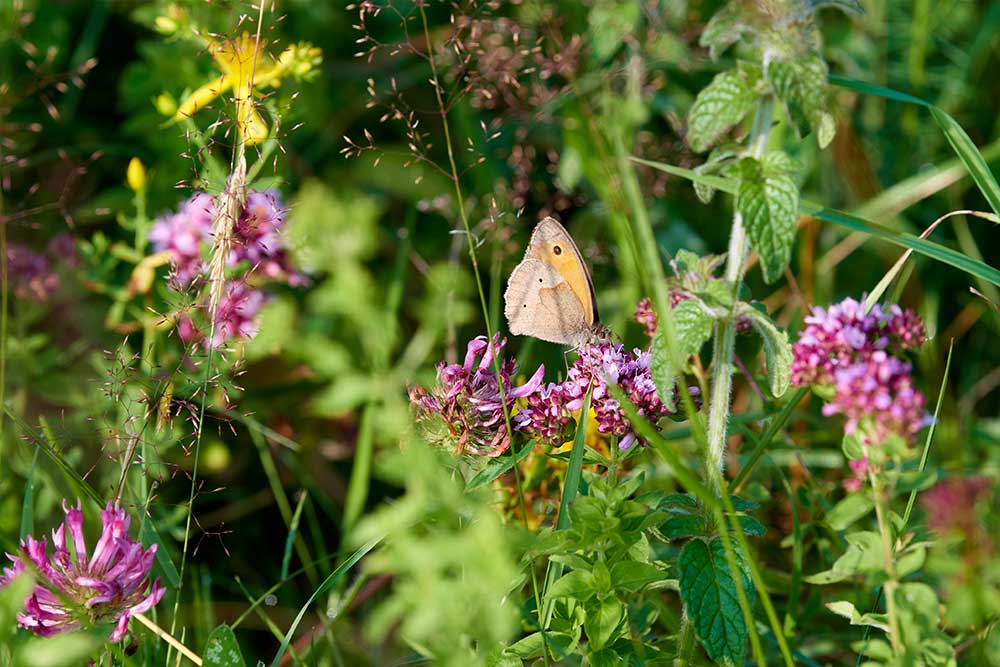 Restoring lost biodiversity is not an easy task. WALA’s Alexandra Camek has put together a skilled team of scientists and agricultural experts to help find a solution, no matter how small their contribution may be. In collaboration with the University of Hohenheim, the WALA Group’s Sonnenhof farm and another Demeter farm, they plan to increase the biodiversity of grassland using a novel procedure.

The term ‘grassland’ describes all permanent plant communities consisting of grasses and herbage, nearly all of which have developed as a result of human cultivation in our part of the world. In agriculture, grassland is primarily used for pastures and feed. Interestingly, however, extensive grassland is also one of the world’s most biodiverse habitats – on par with tropical rainforests. It contains up to 100 species in a single square metre.

The number speaks for itself, but for Alexandra Camek, the endeavour has an emotional aspect, too. ‘When I was a little girl, I loved running across meadows and discovering new types of plants. I miss that diversity today,’ the researcher recounts. WALA has always embraced biodynamic farming methods to achieve a high degree of biodiversity. Such methods pay particularly close attention to the rhythms of nature. WALA’s medicinal herb garden, for example, is a plant paradise where so-called weeds are just as welcome as useful plants. Healthy compost is as important as a bountiful harvest. And the biodiversity path at the laboratory building creates a habitat for plenty of meadow herbs and sources of food for many animals.

As part of an academic research project initiated by WALA, a student of the University of Hohenheim is investigating methods for supporting biodiversity. Green-hay transfer is one of them. In brief, it involves the transfer of mown plants from a species-rich donor site to a species-poor recipient site. The purpose of the procedure is to have the transplanted seeds germinate so that new plants can grow. ‘This allows you to cultivate an area that is home not just to dandelions and buttercups but to rarer species, too, such as meadow crane’s-bills, yarrows and meadow sage,’ Alexandra Camek adds. It is an important endeavour requiring the input of many experts from different fields. ‘I am delighted that we have been able to bring so many people together for this project and that we have had such a productive exchange with the University of Hohenheim.’ The measures were implemented with active support from the farmers at the Sonnenhof estate.

The mechanics of green-hay transfer 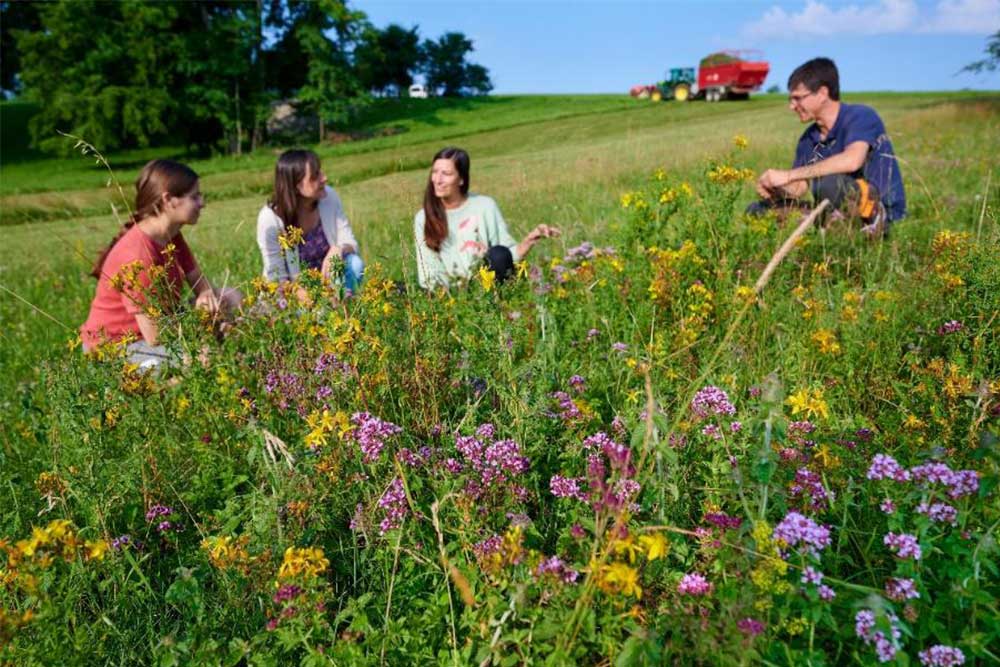 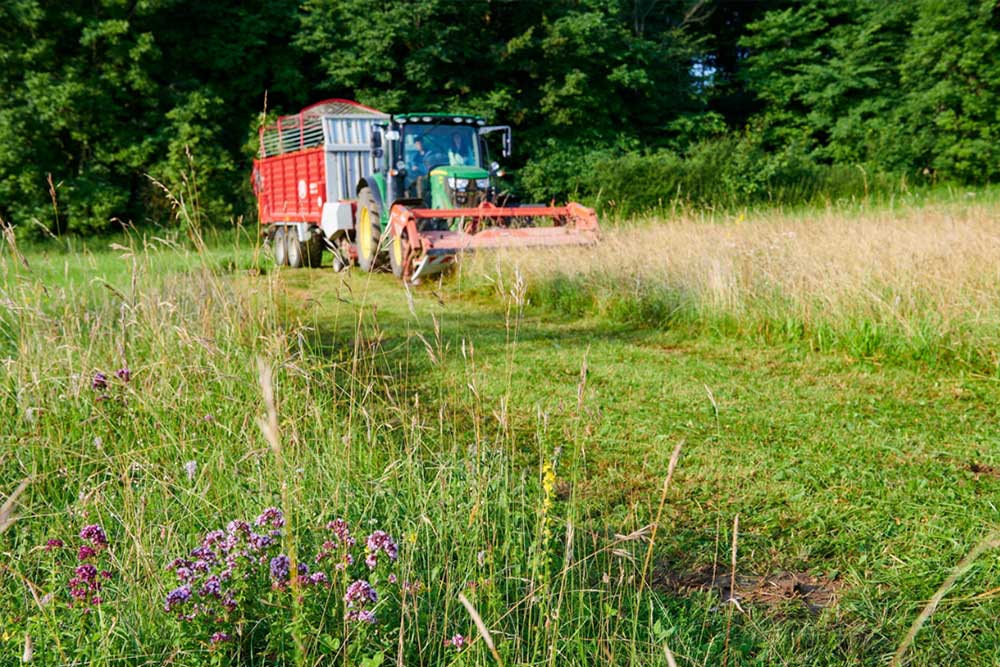 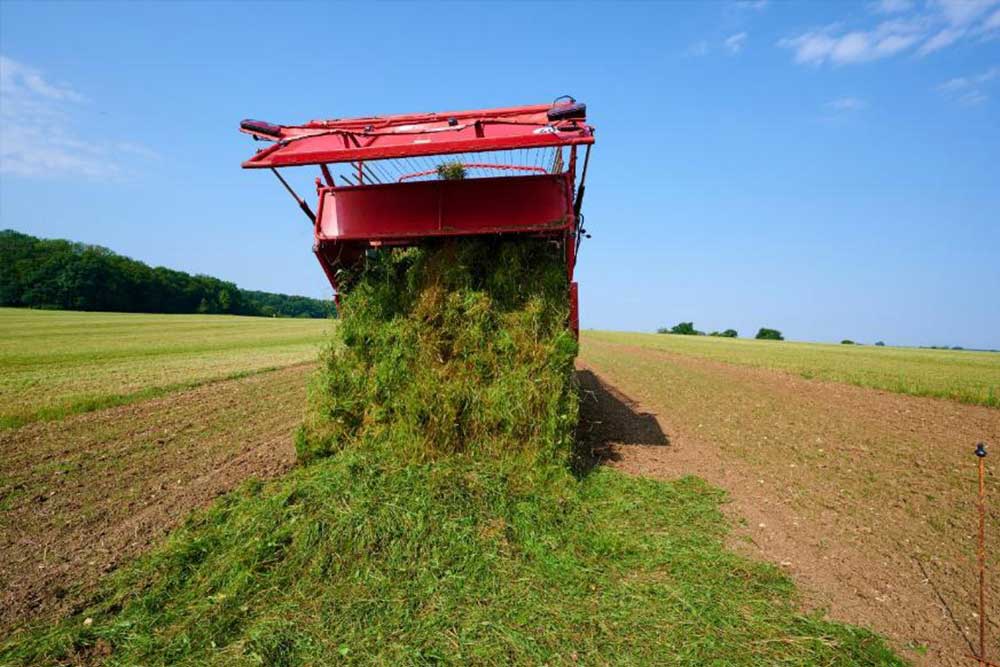 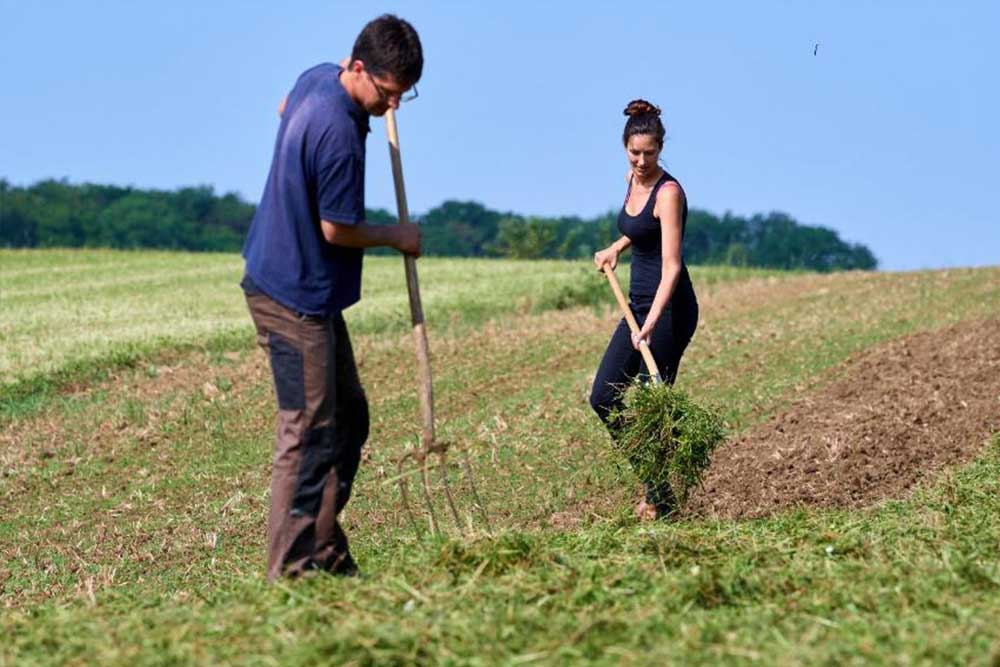 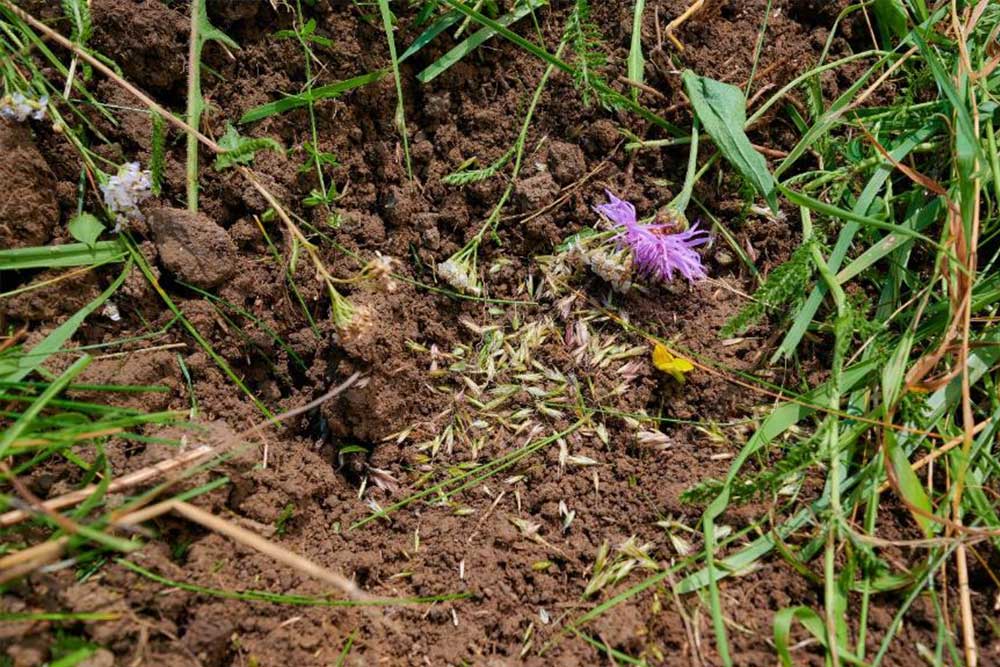 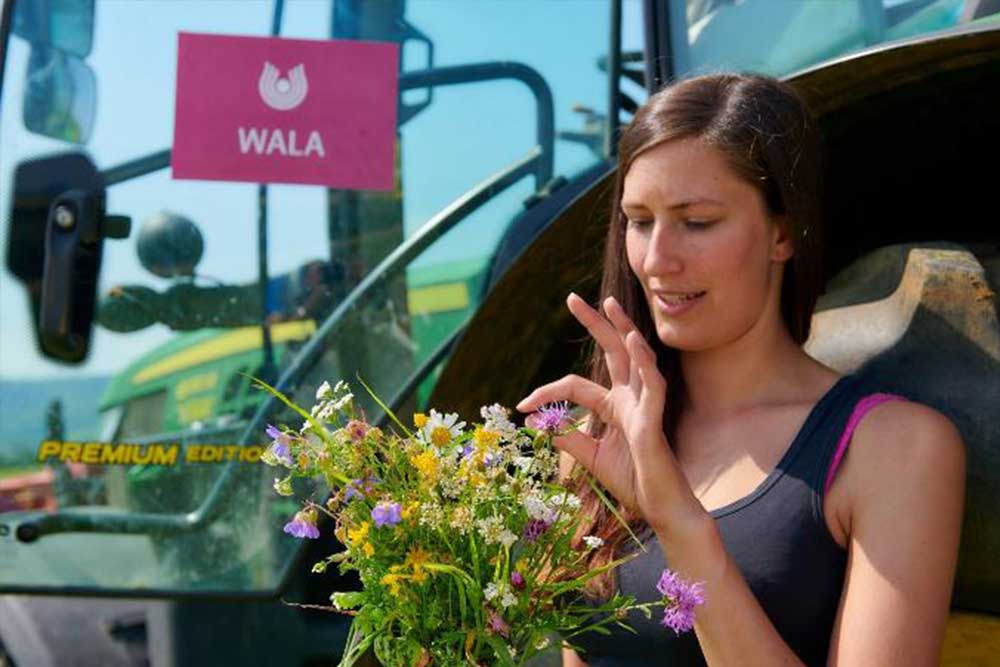 Once most species have produced seeds, the diverse area is mowed …

... and transferred to the recipient site.

During the transfer process, it is important that the green hay is spread evenly with pitchforks so that the seeds are protected from dehydration but still get enough air.

With a bit of luck, new plants will grow in the following year …

… and reward you with a diverse bouquet of flowers!

The recipient site – the plants’ new home – is located close to the company headquarters in Eckwälden. The researchers deliberately chose local donor sites, too, in order to establish regional biodiversity. Another advantage: WALA can observe the development of this fascinating project on site. The first results of the green-hay transfer are expected next spring. That is when the relocation process of the plants will be complete, and WALA, the bees, the residents of Bad Boll and Alexandra Camek will be able to admire a meadow full of colourful blossoms once again.