From lentils to lavender

What are the chances of the Swabian Alb taking on some Provençal flair? The ‘Alb Lavender’ project researches lavender cultivation at four locations, supported by its partners naturamus, the University of Hohenheim – and climate change. Voilà. 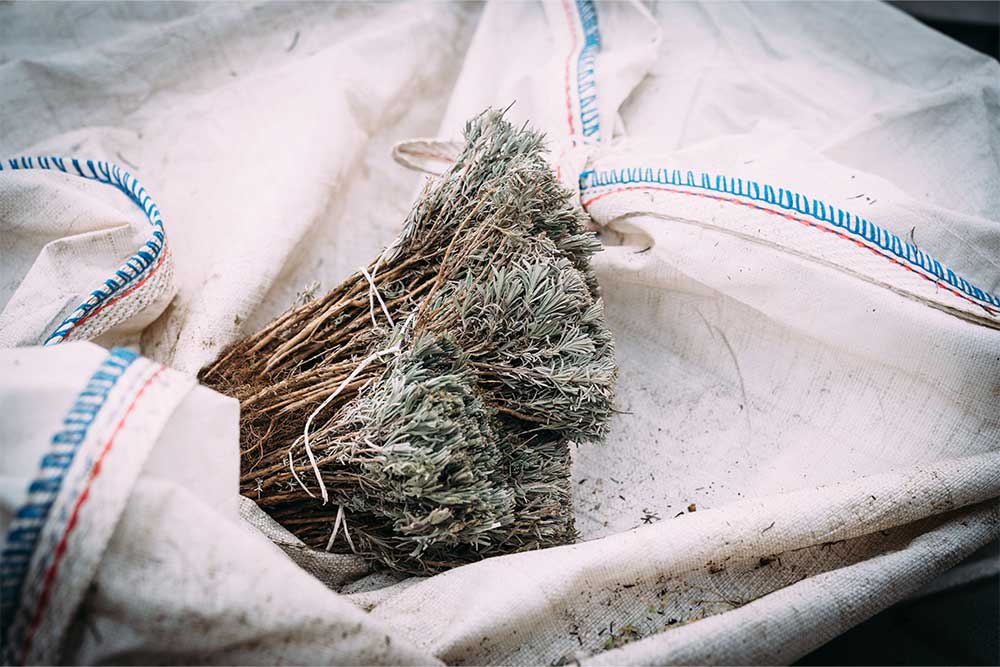 The "Alb Lavender" project is researching the cultivation of lavender in the Swabian Alb. Five lavender varieties are being tested, three French and two Bulgarian.
Photo: Christine Joos

‘Longer, hotter, drier’. If seasons had slogans, this could be the motto for Germany’s new summers. Given climate change, local farmers need to find alternatives to potatoes, carrots and similar crops. A field trial is currently investigating the potential of cultivating lavender in the Swabian Alb, led by WALA’s subsidiary naturamus. This region has recently seen Alb lentils return to its fields after a long period of absence – and it could soon be home to the sweet scent of lavender, too.

The ‘Alb Lavender’ research project combines ideas, requests and visions proposed by the various partners involved in the collaboration. These include the University of Hohenheim’s desire to collect reliable data about growing new varieties that cope well with dryness and sun, and naturamus’ interest in the regional cultivation of essential oil plants and the expansion of processing technologies in its oil factory. First, though, there was a key question that had to be answered: Germans primarily use lavender as an ornamental plant – will it manage to make a home for itself in the notoriously harsh conditions of the Swabian Alb?

The project team planted around 50,000 lavender seedlings across four locations in the Swabian countryside. The areas selected offer a representative reflection of the various altitudes, climatic conditions, soils and local circumstances across the Swabian Alb. Five lavender varieties, three from France and two from Bulgaria, were tested on strips a hundred metres long, with the trial encompassing 45 strips of lavender and a total of 12,855 plants per location.

The first step is the hardest

Planting started in the last week of November 2021. The novice lavender growers had a baptism of fire: the field hadn’t been prepared finely enough, the roots were too long and there was too much vegetation atop the soil. A bit of extra work, lots of patience and even more persistence were required to get the seedlings into the ground safely. The wheels of the planting machine got stuck in the heavy, stony soil almost immediately, meaning that both brawn and a delicate touch were required. Why? Because the planting machine needed to be given an extra push manually, while numerous helping hands patiently dealt with the seedlings. Every single plant was carefully pressed into the ground to remove any potential gap where air could get between the roots and the soil – a particularly important factor when planting in the winter.

From the very first day in the fields, it was clear that delicate little plants have no future in the harsh conditions of the Swabian Alb. Overnight, temperatures plummeted, covering the newly planted lavender in a thick coat of frost. However, waiting for better weather was simply not an option. The rest of the seedlings needed to go in the ground, after all. So the project team braved the adverse conditions and planted the rest of the lavender at the other locations amid thick fog and icy wind. And they did so just in time: as soon as all the plants were in, they were covered by 20 centimetres of fresh snow overnight. All ready for hibernation. 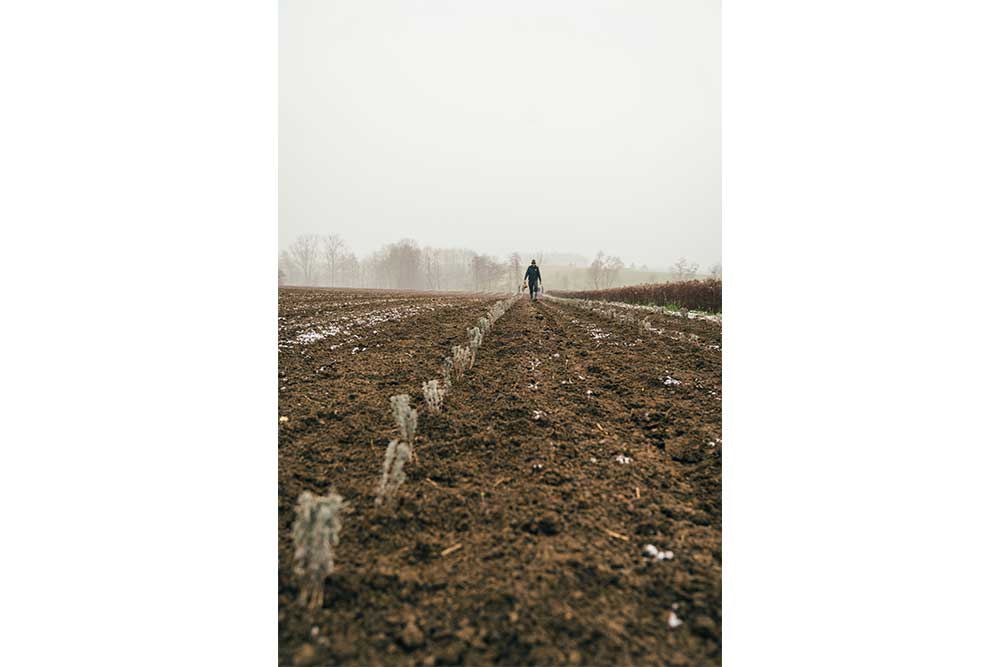 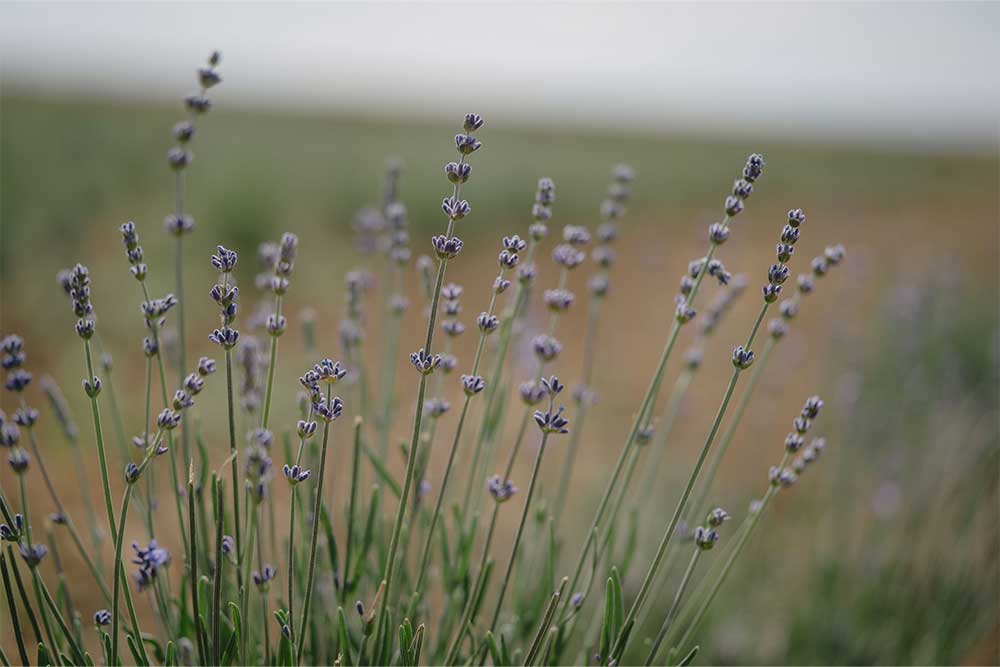 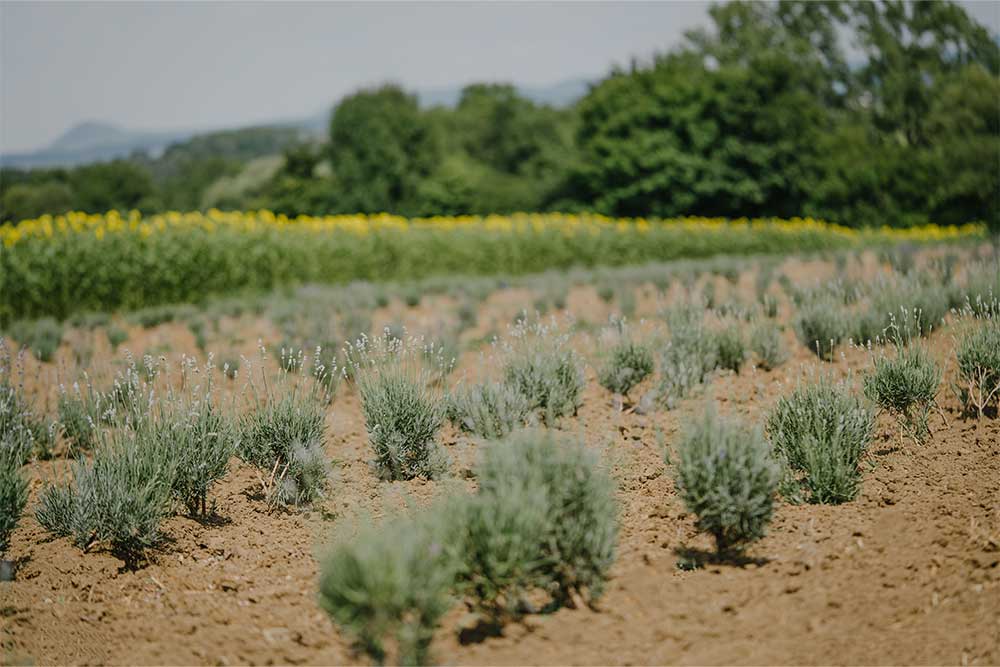 What are the chances of the Swabian Alb taking on some Provençal flair? And how Swabian can lavender become? Welcome to the new year. The events of spring 2022 illustrated how plants adapted to a hot, dry climate managed to survive their first winter in the harsh conditions of the Alb. It was clear at a glance that the weeds had overrun the lavender. However, after the weeds had been removed, pretty buds were to be seen on the Bulgarian varieties, in particular. All told, they seemed to be developing better than the French ones.

As the weeks went on and the temperatures continued to rise, the harsh weather in the Alb gave way to the perfect conditions for lavender. Now, all the varieties are laden with blooms. However, the plants primarily need to focus on good growth and not put too much energy into their flowers during the first year. As a result, the project team will cut back most of the flowers in early summer. Goodbye, little lilac blossoms. Some plants can continue to flower without any intervention, though: data will be collected from them for the research project as the summer goes on.

A year of ‘Alb Lavender’

Spectacular caves, rugged landscapes, barren soil: the Swabian Alb and France’s Provence have a good few things in common. If everything goes to plan, there’ll soon be one more: the sweet scent of lavender fields. It’ll take a little time until you can see an ocean of purple flowers stretching out to the horizon, but the ‘Alb Lavender’ project has already laid the groundwork for it.

The team at Naturamus GmbH procures raw and source materials for WALA, travelling all over the world to do so. We spoke to them about their work and their vision.

Naturamus GmbH sources and purchases raw materials for WALA. But that’s not all. This WALA subsidiary has increasingly turned its attention to refining the raw materials it purchases to meet its own, even higher quality standards. For example, in its own oil manufactory.