The power of diversity

Nature shows the way. It doesn’t rely on single substances, but on the wealth of different secondary plant compounds that have developed by interacting with the environment over millions of years. Our health benefits from these multicomponents. WALA laboratories are studying exactly how that happens.

Every natural product that we consume contains countless ingredients. Whether it’s a bite of an apple, a carrot, some honey bread, or a sip of herbal tea or herbal medicine, we’re constantly ingesting these multicomponent mixtures, which together provide the body with everything it needs to survive. ‘This happens even when we take a sip of fresh water,’ explained biologist Marek Bunse, ‘since, chemically speaking, water consists of more than just H2O molecules. It also contains dissolved salts, gases and organic compounds.’ Bunse is a scientist at WALA. He examines plants’ constituent composition, effect, and health benefits in the analytical laboratory.

More than the sum of its parts

‘In our studies, we differentiate very precisely according to plant parts and consider growth conditions and harvest times. We look at how different processing procedures impact the specific chemical composition,’ explained Professor Florian Stintzing, Head of Science and member of the management board at WALA. Studies have repeatedly shown that the effect of a total extract is greater than that of the individual substances. Moreover, a restricted view of one or two characteristic compounds is not sufficient to fully utilise the potential of herbal compounding. As logical as this may sound, this approach is anything but a matter of course in modern scientific research. Instead, the opposite is true. As new measurement methods enable ever deeper insights into the world of plant compounds, plant extracts are analysed in countless laboratories and institutes. Their active ingredients are identified and quantified, promising compounds are extracted, and their effects on human cells are researched individually.

Losing sight of the big picture

Throughout medical history, many groundbreaking discoveries were made in this manner, which we still benefit from today. Consider acetylsalicylic acid (i.e. the active ingredient in aspirin), derived from the antipyretic and analgesic willow bark extracts, or penicillin, the first-ever antibiotic, which was developed from moulds. This approach does have a drawback, however. By focussing more and more on individual compounds’ potential, researchers have often lost sight of the fact that plant compounds in their natural mixture reinforce or inhibit each other; they complement and complete each other. In other words, they have interactions that have hardly been considered so far. 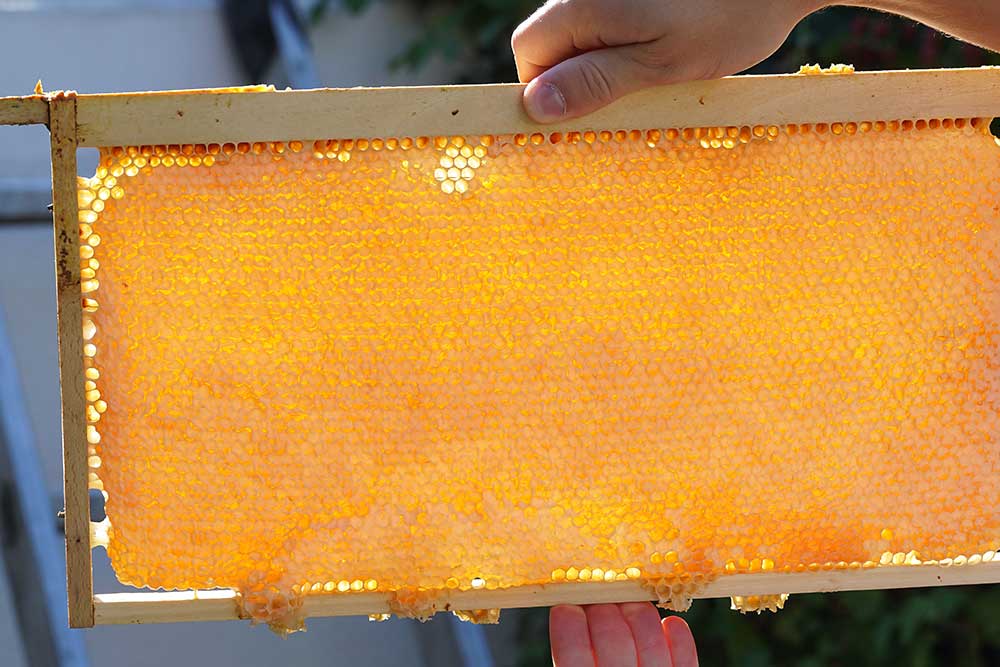 Honey is a well-known example of a multicomponent mixture. In addition to sugar, it contains enzymes, minerals, proteins, pollen and other substances.
Photo: Marek Bunse

‘By refocusing on multicomponents, we can also harness the unknown and unused potential of those plants that have unjustifiably slipped out of the focus of research,’ noted Florian Stintzing, an adjunct professor at the University of Hohenheim. He clarified his approach: ‘The melody of life is depicted in plants. If we listen and learn from them and put them back into the larger context, we can transfer what we see as diversity in nature to medicine and medicinal products.’ It is precisely this diversity that does justice to people in their individuality and complexity.

The future lies in an integrated approach

The active ingredient mixtures intervene in various processes relevant to maintaining our health. Consider the calming effect of lavender oil or echinacea extract that helps treat cold symptoms. In the meantime, we’ve learnt that these classics from nature’s pharmacy are also exciting candidates when it comes to complementary medication; for example, when trying to counteract antibiotic resistance. Using the latest scientific methods to research and constantly verify facts taken for granted does more than just close knowledge gaps and correct mistakes. It’s become the basis for most modern therapeutic approaches in complementary medicine. Multicomponents have been shown to help people recover faster and stay healthy.

A fresh look at cosmetics

For glowing, healthy skin we look to nature’s treasure – in the fields and in the lab. If we can, we prefer to harvest our medicinal plants by hand; for certain raw materials we have to dig deep. And we’re constantly using the most modern tools and methods to conduct intensive research to better understand the active ingredients in plants. For natural cosmetics that really deserve their name. We spoke with these two impassioned researchers about tradition, openness and individuality. And why knowledge is beauty.